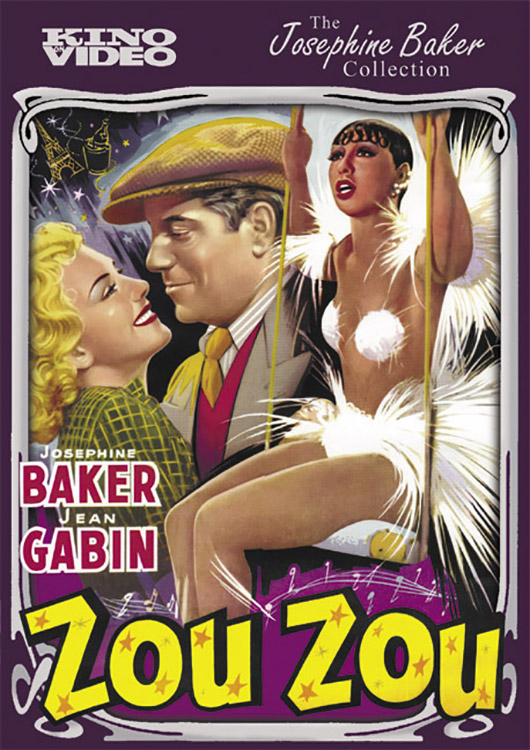 ZOU ZOU was conceived as a vehicle for Josephine Baker, then among Europe's most popular entertainers. This was her debut talking film and a huge success in France upon its original release (and upon its 1989 theatrical re-release by Kino International). It is definitely Baker's show, despite the presence of Jean Gabin, who was himself on the brink of international stardom.

In the tradition of 42nd Street and other Warner Bros. backstage musicals of the period, the plot of ZOU ZOU concerns a star who walks out on her sugar daddy producer for true love, and a talented Cinderella (Baker) who takes her place, saves the show and is hailed as a new sensation opening night.

The film places Baker in several lavish production numbers in which she is sumptuously dressed and supported by a large chorus. But it is the poignant rendition of "Haiti" that remains indelible. Seated on a swing in an oversize birdcage, scantily clad in feathers like some exotic bird of paradise, she sings nostalgically for her Caribbean home and leaves a permanent record on film of her unique style and powerful charisma.