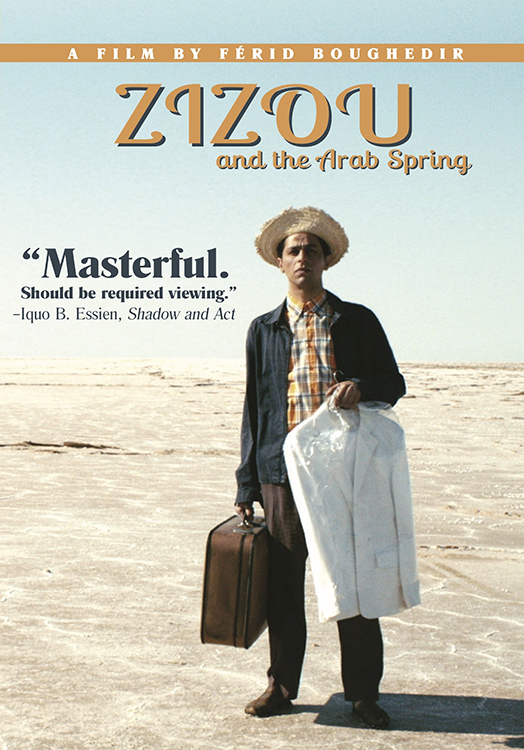 Zizou and the Arab Spring

Férid Boughedir charmingly pulls off a lighthearted comedic fable about, of all things, the 2011 Arab Spring uprising in Tunisia. Zizou, is a naive and sincere optimist whose crush on a beautiful girl leads him to become the unwitting face of a revolution. With two years of university under his belt, but very little common sense, Zizou leaves his Saharan village and finds work in the big city of Tunis, installing satellite dishes alongside a colorful cast of characters. The job takes him to every part of the city, introducing him to residents ranging from supporters of the regime and underground rebels to a ravishing beauty being held captive by the mafia. When Zizou decides to attempt a rescue of his beloved, he gets much more than he bargained for, and a case of mistaken identity lands him in the forefront of a national rebellion. This delightful movie will win you over with its bewitching story set against the gorgeous backdrop of a colorful Tunisia as it attempts to become the first true democracy in North Africa. - Traverse City Film Festival