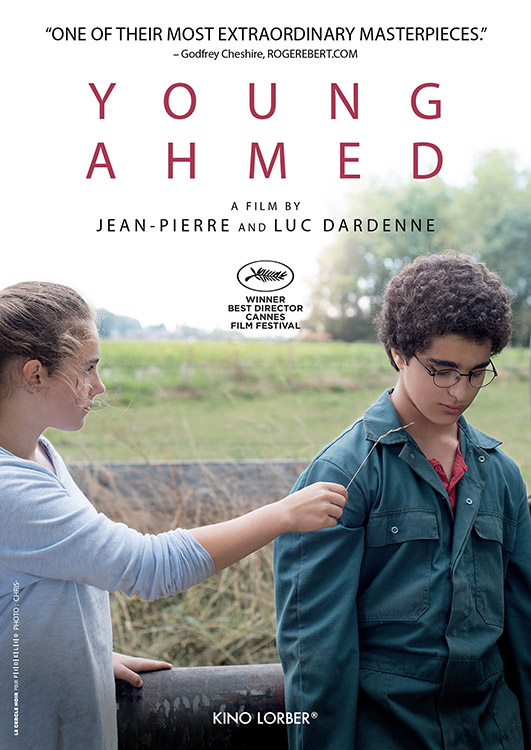 The Dardenne Brothers won this year’s Best Director award at the Cannes Film Festival for this brave new work, another intimate portrayal-in-furious-motion of a protagonist in crisis. The filmmakers’ radical empathy alights on a Muslim teenager (extraordinary first-time actor Idir Ben Addi) in a small Belgian town who has been radicalized by his Imam despite the desperate protestations of his single mother (Claire Bodson), and who winds up hatching a murderous plot targeting his beloved teacher (Myriem Akheddiou). Taking a serious view of a difficult issue—the effect of fanaticism on the body and soul—the Dardennes here remind viewers why they continue to be at the center of 21st-century cinema. – New York Film Festival

“Belgium’s Dardenne brothers turn out another precisely understated masterpiece… ultimately as humanistic and illuminating as any of their films.”

“The Dardenne brothers Jean-Pierre and Luc are known for their emotional slice-of-Belgian-life dramas, but none of their work can prepare you for gut-punch that is Young Ahmed.”

"A compact, gripping return to the directors’ nonprofessional roots… In the lead role, Ben Addi is yet another mesmerizing young discovery by the Belgian duo."

"Build[s] narrative tension with a masterful and precise hand."

"A wise and sensitive contribution to a timely debate."

"Creat[es] a kind of gut-wrenching suspense that carries through the second half of the picture, right up till its very last scene.”

"Top-notch work from the Dardennes, filled with their usual bired’s-eye-view camerawork, solid acting from nonprofessionals and a searing screenplay which builds up the tension with every scene."