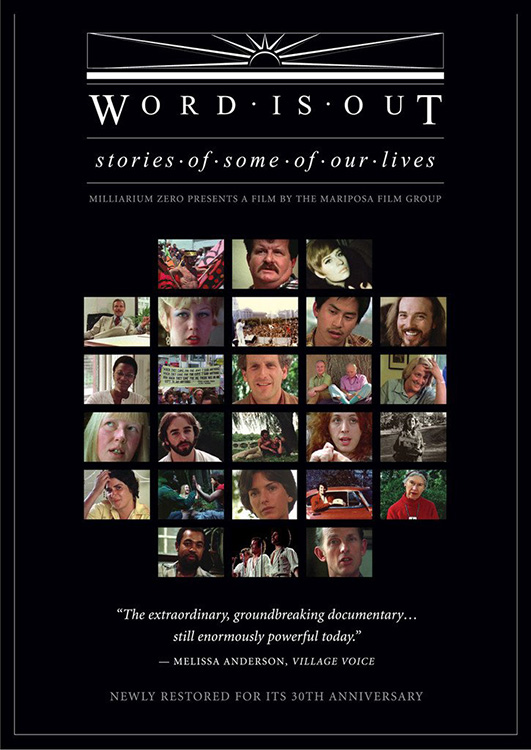 Word Is Out: Stories of Some of Our Lives

In 1978, this documentary startled audiences across the country for presenting lesbian and gay identities through a genuinely queer lens. Oscar-winning filmmaker Rob Epstein joined with Nancy Adair and Andrew Brown to interview dozens of gay men and women about their lives, coming out, and living well in their time. In honor of its place in history, WORD IS OUT was selected for the Legacy Project for GLBT Film Preservation by Outfest and the UCLA Film & Television Archive, and has been remastered and restored for its latest anniversary.