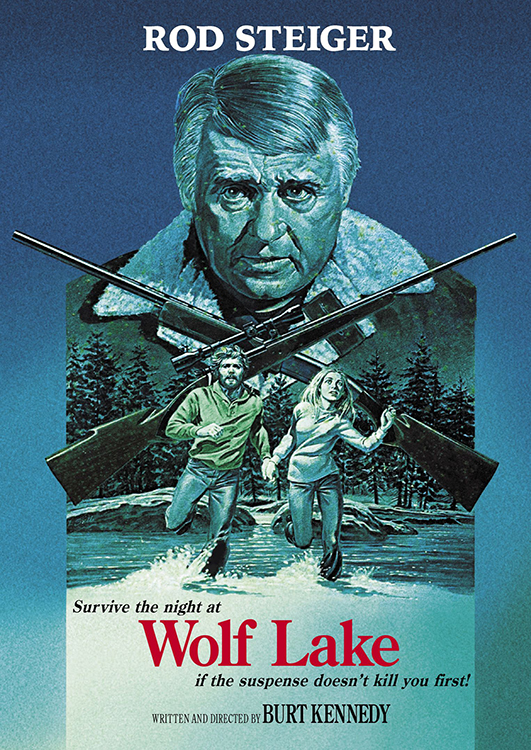 Screen legend Rod Steiger (In the Heat of the Night) heads a powerful cast in this violent and bloody clash between a WWII veteran and Vietnam army deserter. Steiger plays Charlie, an ex-Marine who lost his only son in the Vietnam War. He and his friends George (Richard Herd, Trancers), Sweeney (Paul Mantee, Framed) and Wilbur (Jerry Hardin, Cujo) fly to a remote Canadian hunting lodge for their annual outing. There they meet the lodge’s new caretaker (David Huffman, Firefox) and his beautiful girlfriend (Robin Mattson, General Hospital). The tension mounts and the hatred slowly builds when Charlie finds out the new caretaker is a deserter. The two men clash as Charlie and his buddies start terrorizing the young couple… playing a sick game of survival. But when David is pushed too far, the hunters become the hunted and surviving the night at Wolf Lake becomes a challenge to all. Written and directed by western legend Burt Kennedy (Support Your Local Sheriff!, Young Billy Young).