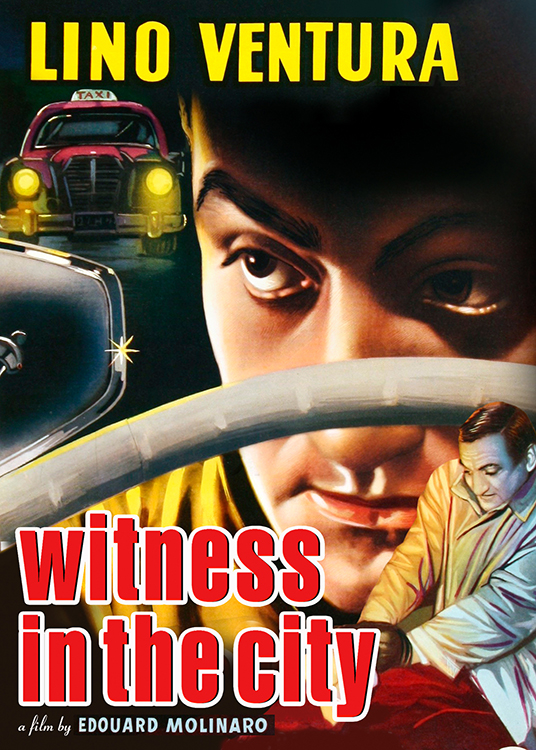 Witness in the City

WITNESS IN THE CITY a.k.a. UN TÉMOIN DANS LA VILLE – Based on a novel by the legendary Thomas Narcejac (Diabolique, Vertigo, Eyes Without a Face), this dark tale of vengeance stars the great Lino Ventura (Razzia Sur La Chnouf, A Pain in the Ass) in an early leading role. Industrialist Pierre Verdier kills his mistress Jeanne Ancelin by throwing her off a train. Her husband (Ventura) decides to take revenge on his wife’s murderer, who has been acquitted by justice. Directed by Édouard Molinaro (Back to the Wall) and shot by Henri Decaë (Diabolically Yours), Witness in the City is a pulse-pounding film noir set on the grim and gritty streets of Paris. Co-starring Fellini favorites Sandra Milo (8½) and Franco Fabrizi (I Vitelloni), with Jacques Berthier (Shoot First… Ask Questions Later), Daniel Ceccaldi (Rififi in Paris) and Françoise Brion (L’Immortelle).