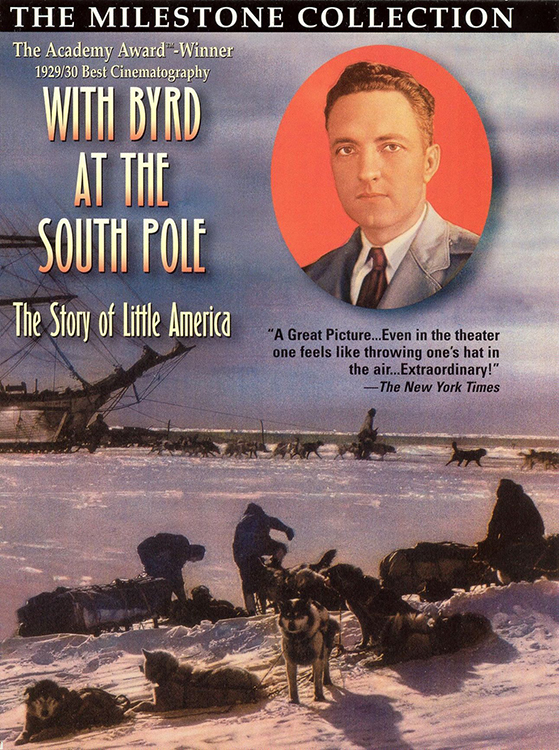 With Byrd at the South Pole

Admiral Richard E. Byrd was one of the biggest heroes of his age in the '20s exploration race. His flight to the Antarctic in 1929, conducted as much for publicity as for science, was called the first media expedition – as well as the first known feat of aviation to the South Pole. Two cameramen from Paramount Newsreel, Willard Van der Veer and Joseph Rucker, captured the entire journey on film and won an Oscar® for their work titled WITH BYRD AT THE SOUTH POLE, now available to audiences around the world.