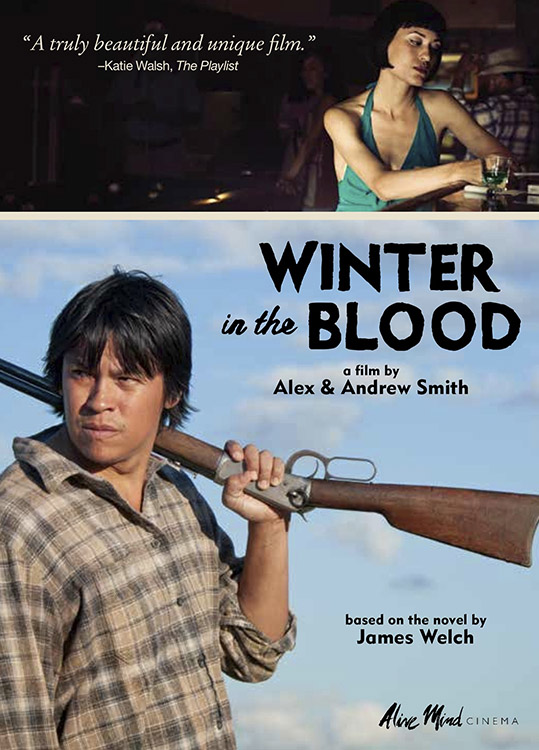 Winter in the Blood

WINTER IN THE BLOOD is a hauntingly beautiful film that is true to the lyrical and unflinching spirit of James Welch's classic 1974 novel of Native American life. Virgil First Raise (Chaske Spencer, the Twilight trilogy) wakes in a ditch on the hardscrabble plains of Montana. He stumbles home to his ranch on the reservation only to learn that his wife, Agnes (Julia Jones), has left him. Worse, she's stolen his beloved rifle. Virgil sets out to find her, beginning an odyssey of inebriated intrigues with a mysterious "Airplane Man" (David Morse, The Green Mile), a beautiful barmaid, and two dangerous Men in Suits. His quixotic, modern-day vision quest moves Virgil ever closer to oblivion, until he discovers a long-hidden truth about his identity. But is it too late? Shot in the badlands of Montana, directors Alex and Andrew Smith (The Slaughter Rule) have crafted a gorgeous heartbreaker of a movie, a revisionist Western where the Indians are the Cowboys, set to a high lonesome soundtrack by Heartless Bastards that includes new songs by Robert Plant, Black Prairie, and Cass McCombs.