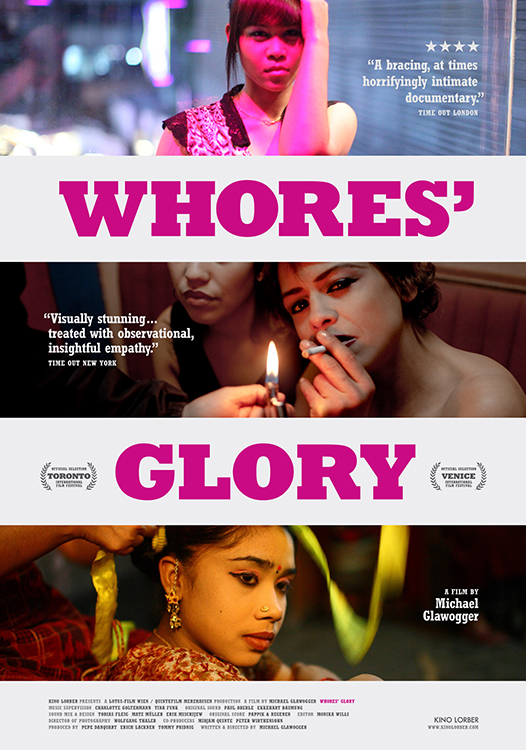 In Bangkok, Thailand, women punch a clock and wait for clients in a brightly lit glass box; in the red-light district of Faridpur, Bangladesh, a madam haggles over the price of a teenage girl; and in the border town of Reynosa, Mexico, crack-addicted women pray to a deity named Lady Death.

Winner of the Orizzonti Special Jury Prize at the 2011 Venice Film Festival, Glawogger's latest larger-than-life documentary is an audacious, non-judgmental study of sexuality, politics, human behavior and the effects of capital and religion on both women and men from starkly different cultures.

"... like the films of Frederick Wiseman, enlightening, sublimely uncomfortable, and necessary all the same." - The Village Voice

"A ground-breaking and surprisingly accurate documentary about sex workers." - The Daily Beast