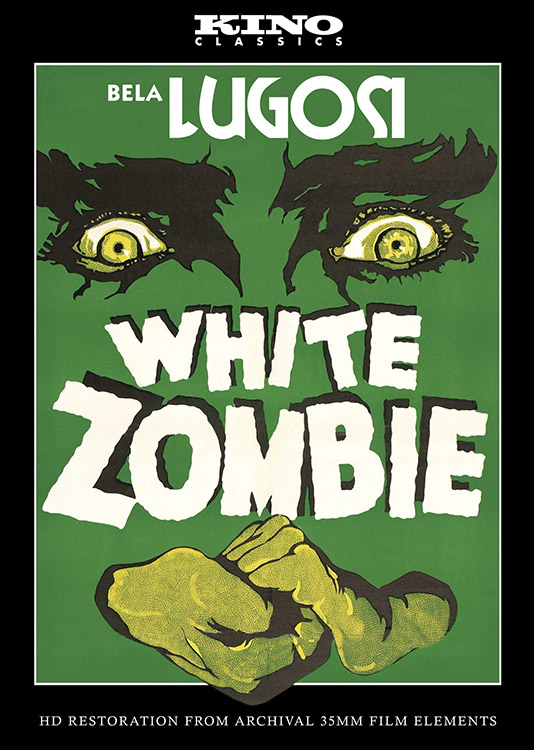 After becoming an overnight success with his starring role in Tod Browning's Dracula, Bela Lugosi struggled to find roles worthy of his acting talent, without parodying his depiction of Bram Stoker's notorious count. Independently produced by Edward Halperin, WHITE ZOMBIE was one of the rare films that provided Lugosi with just such an opportunity. In spite of its budgetary limitations, WHITE ZOMBIE manages to be a remarkably atmospheric treatment of the Haitian zombie myth, which would evolve into one of the most popular and enduring subgenres of the horror film.

This Kino Classics edition, produced by Holland Releasing, has been mastered in HD from a 35mm fine grain print and is presented in both a digitally restored and an unenhanced version (with the natural film grain intact).