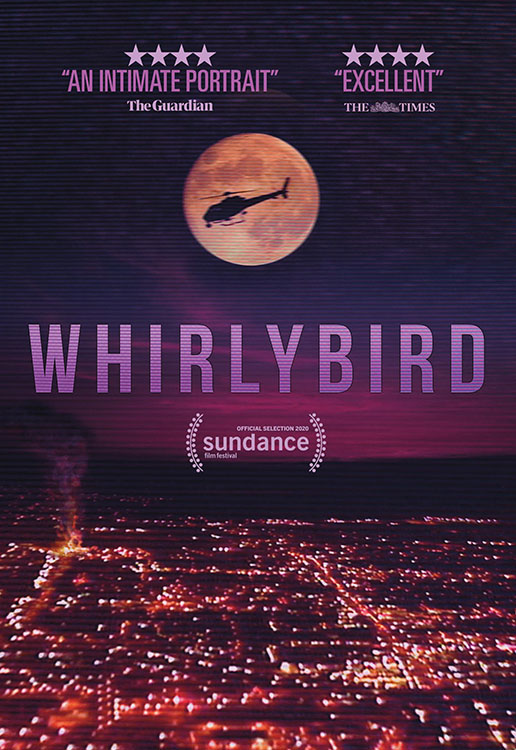 Flying high above Los Angeles in a whirling news helicopter, a husband-and-wife team covered some of the city’s most historic events, and in doing so changed breaking news forever. However, their camera not only captured L.A. history, it documented the adrenaline fueled culture of live news, the strain it took on their relationship, and ultimately major life transitions. This duo, Marika Gerrard and Zoey Tur (known then as Bob), look back at the highs and lows of a career doing whatever it took to break the news. An entirely unique view of the Los Angeles story told through stunning aerial footage and remarkable home videos, WHIRLYBIRD reframes many of the city’s pivotal moments of the 1980s and 90s, including the L.A. riots and the O.J. Simpson pursuit.