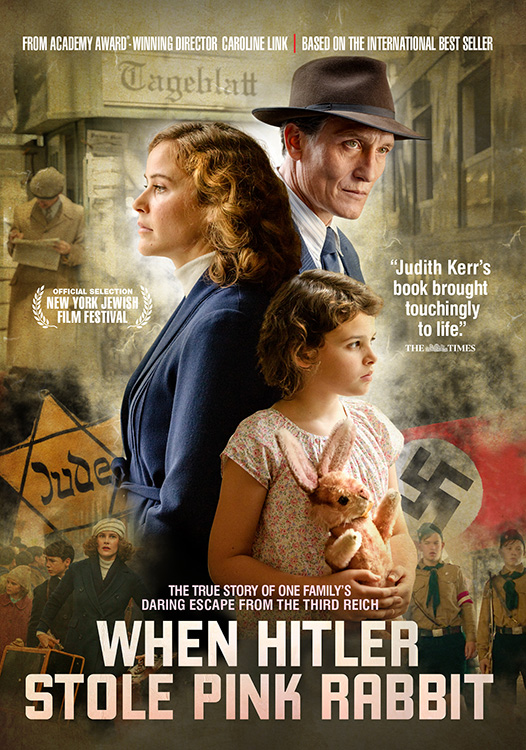 From Academy Award®-winning director Caroline Link (Nowhere in Africa) comes an adaptation of acclaimed British author Judith Kerr’s classic novel based on her childhood memories. The story of a Jewish family's escape from 1933 Berlin to Europe tackles prejudice, exile, displacement and adaptation, as told from the perspective of the author’s alter ego, nine year-old Anna Kemper (Riva Krymalowski in her feature film debut). Anna is too busy with schoolwork and friends to notice Hitler’s face glaring from posters plastered all over 1933 Berlin. But when her father (Oliver Masucci)—based on the prominent theater critic Alfred Kerr—suddenly vanishes, the family is secretly hurried out of Germany. Anna begins to understand life will never be the same as she and her family navigate unfamiliar lands and cope with the challenges of being refugees.