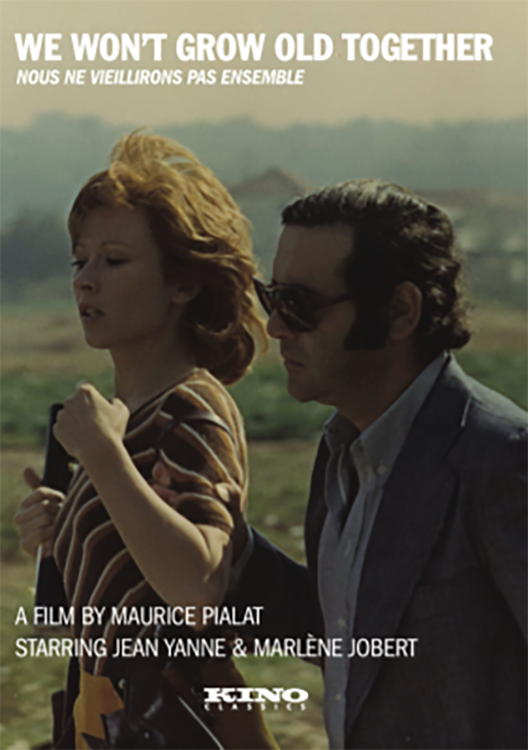 We Won't Grow Old Together

Maurice Pialat's WE WON'T GROW OLD TOGETHER is the "ultimate bad break-up movie" (J. Hoberman), a combustible portrait of a couple whose love tears them apart. Pialat's (Á nos amours) second feature was a hit in France upon its release in 1972, won actor Jean Yanne Best Actor at the Cannes Film Festival, and screened at the New York Film Festival, but it never opened in the United States (and is here receiving its U.S. home video premiere). Heavily autobiographical, "it tells the story of endless breakups and makeups of a highly unstable yet apparently indissoluble couple... depicting the protracted end of a five year affair" (Dave Kehr). Jean (Jean Yanne, Weekend), a married 40-year-old filmmaker, and his young working class lover Catherine (Marlène Jobert, Masculin Féminin) engage in a circular series of spectacular blow-ups and tentative reunions, their mutual desire a fire that burns them again and again. This relentless masterpiece is "hard to watch but even harder to look away" (Time Out NY), an end-of-love story for the ages.