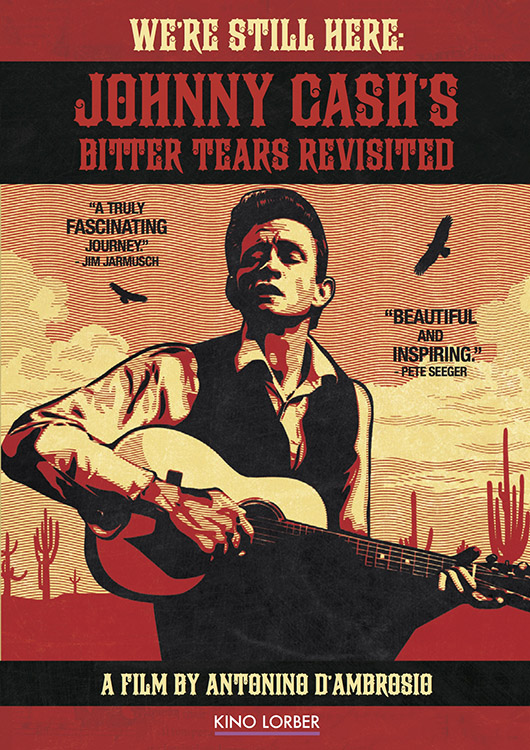 WE'RE STILL HERE: JOHNNY CASH’S BITTER TEARS REVISITED is a feature documentary based on Antonino D’Ambrosio’s critically acclaimed book A Heartbeat and a Guitar: Johnny Cash and the Making of Bitter Tears, which tells the astonishing story behind Cash’s little known concept album and his unique collaboration with folk artist Peter La Farge. With this still largely unknown recording, Cash placed himself in the middle of the fervent social upheavals gripping the nation at the time (many of which still enflame us in the present). Cash faced censorship and an angry backlash from radio stations, DJs, and fans, for speaking out on behalf of Native people on “Bitter Tears: Ballads of the American Indian.” He decided to fight back.