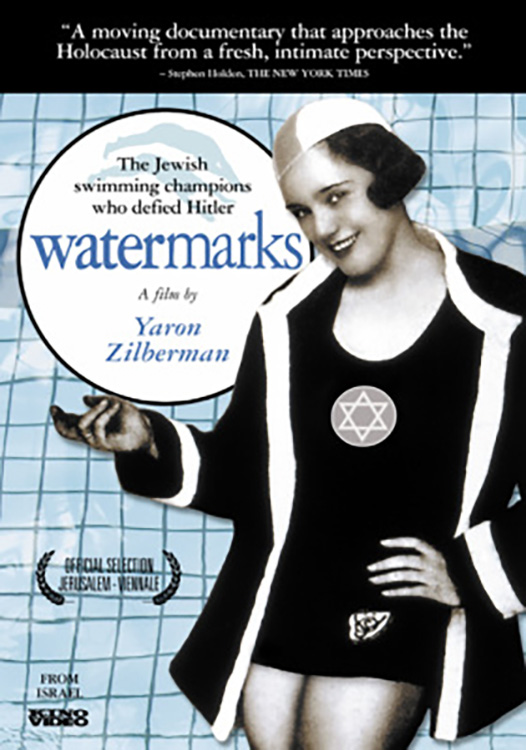 An uplifting tale of survival and friendship, WATERMARKS focuses on the stories of the club's surviving members, while also faithfully recounting a historical period where prejudice and violence forced these brave women into exile. Now, sixty-five years after their escape, seven of Hakoah's female swim team athletes leave their respective homes across the globe and re-unite for the first time at their old Vienna swimming pool. The result is so incredibly touching that Boston Globe critic Wesley Morris wrote, "The images of them swimming together after all those years are beautiful and a little holy: They look like angels in the water."

Alternating between painstakingly researched historical footage and contemporary interviews with the women swimmers, Yaron Zilberman daringly re-connects the lives and memories of those who challenged the status quo and, for the occasion of his movie, bravely share their complex legacy of tolerance and integrity with future generations. "As these women tell their stories in a tone of wonderment," says New York Times film critic Stephen Holden, "Watermarks becomes more than a pointed footnote to the Holocaust. It emerges as a surprisingly encouraging reflection on the distance between youth and advanced age."

"A fascinating look back in time...I love this movie." - Jeffrey Lyons, NBC

"A moving documentary that approaches the holocaust from a fresh, intimate perspective." - Stephen Holden, The New York Times

A moving, poignant tale about triumph in the face of the unthinkable." - Debra Birnbaum, The New York Post

"Superb. A fascinating and little-known story of European Jewish life in the years before the Holocaust." - Saul Austerlitz, The Forward

"A fascinating account of strength and solidarity" - Lisa Nesselson, Variety