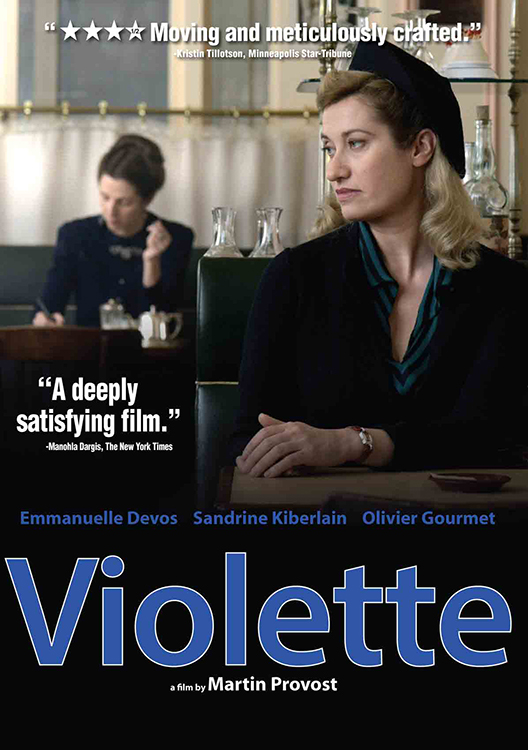 VIOLETTE is a finely nuanced portrait of Violette LeDuc (Emmanuelle Devos), one of the foremost French writers of the 20th century. In a beautifully mounted production, director Martin Provost (Séraphine) depicts LeDuc's extraordinary life, from her low beginnings as the illegitimate daughter of a servant girl to becoming ensconced in France's literary elite. In spite of her wretched years as an unwanted child, followed by tense years as a black marketeer during WWII, Violette LeDuc is determined, obsessed even, to make something of her life. Writing is her ticket out of misery, and with the encouragement and mentorship of legendary intellectual Simone de Beauvoir (Sandrine Kiberlain), Violette achieves admiration, renown and controversy for her emotionally raw novels and memoirs, finally winning freedom from wondering where her next meal will come from. Superb performances by Emmanuelle Devos (Coco Before Chanel) and Sandrine Kiberlain (Mademoiselle Chambon) make this gorgeously shot and directed life story an engrossing and memorable cinematic achievement.

"Provost's film, like its heroine, is FULL OF ACTIVE, SPARKING NERVES." - The Village Voice