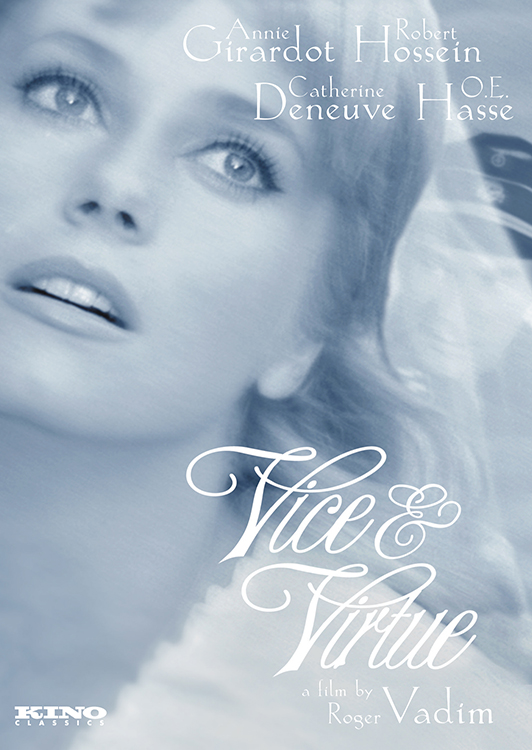 Set against the backdrop of the Nazi occupation of France, VICE AND VIRTURE is a stylized retelling of the Marquis de Sade's Justine, as envisioned by one of cinema's most provocative filmmakers Roger Vadim (Blood and Roses, Barbarella). Two sisters navigate very different courses as they struggle to survive within the morally corrupt fascist regime. Juliette (Annie Girardot, The Piano Teacher) is surrounded by the spoils of war, being the mistress of a colonel (Robert Hossein). Meanwhile, Justine (Catherine Deneuve, Repulsion, The Umbrellas of Cherbourg), whose husband is seized by fascists on their wedding day, is taken to a chateau in the country, where she is groomed to become a concubine for the Nazi elite.