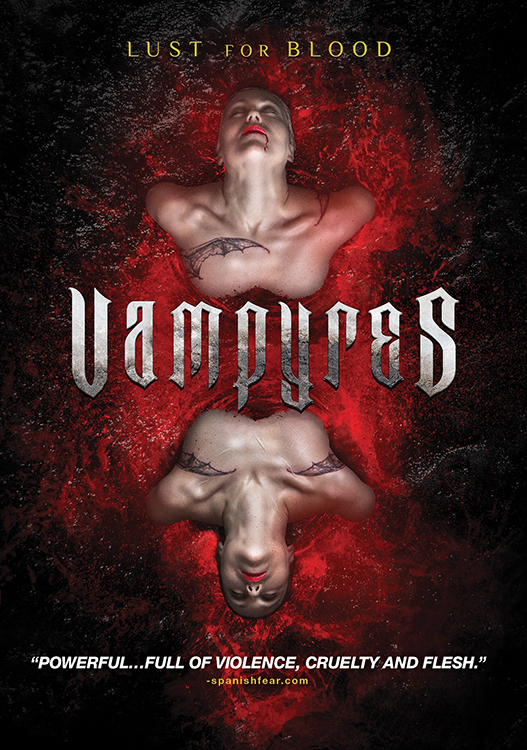 Faithful to the sexy, twisted 1974 cult classic by Joseph Larraz, VAMPYRES is an English-language remake pulsating with raw eroticism, wicked sado-masochism and bloody, creative gore. Victor Matellano (Wax (2014, Zarpazos! A Journey through Spanish Horror, 2013) directs this tale set in a stately English manor inhabited by two older female vampires and with their only cohabitant being a man imprisoned in the basement. Their lives and lifestyle are upended when a trio of campers come upon their lair and seek to uncover their dark secrets, a decision that has sexual and blood-curdling consequences.

Infused with eloquent and atmospheric cinematography, impressive special effects makeup from master Colin Arthur (The NeverEnding Story, Conan the Barbarian, 2001: A Space Odyssey) and starring screen genre icon Caroline Munro (The Golden Voyage of Sinbad, At the Earth's Core, The Spy Who Loved Me, Maniac, Slaughter High), VAMPYRES remains faithful to the original while creating its own neck-biting, sexually violent tale.