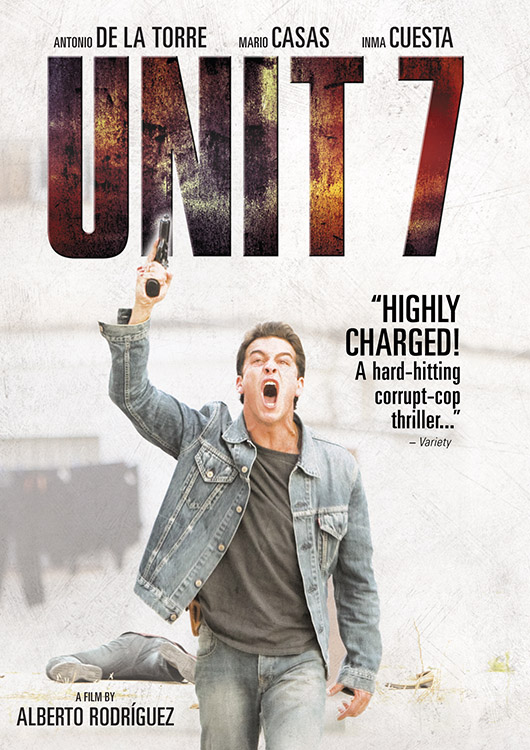 In the gritty thriller UNIT 7 (Grupo 7 ), a group of renegade cops decides to take the law into their own hands. The drug problem in Seville, Spain is spiraling out of control as the city prepares to host the 1992 World Exposition. With pressure from the government mounting to clean up the city, an overworked group of cops, Unit 7, starts writing their own rules. They sell dope for cash and information, padding their bank accounts and arrest records. Soon, they become local celebrities, poster boys for a new tough-on-crime era in Seville. But their brutal tactics draw press attention, and the local drug lords secretly plot their revenge. A dark and pulse-pounding neo-noir, UNIT 7 asks if the ends truly justify the bloody means.