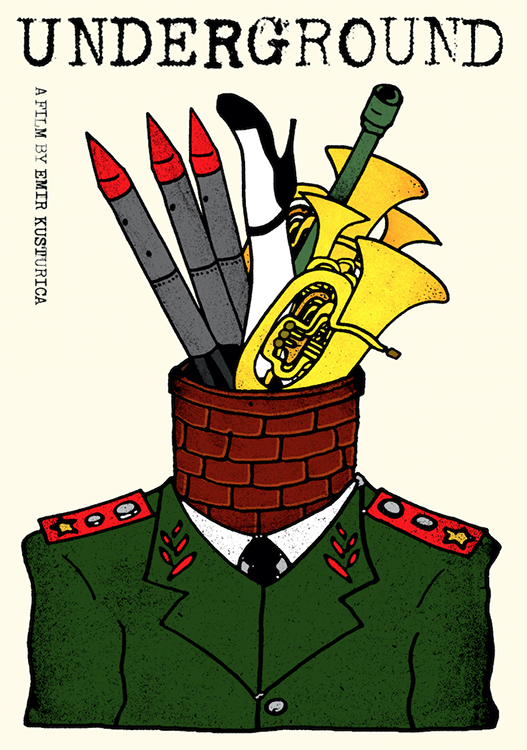 A great circus full of tragicomic satire, UNDERGROUND is a visionary masterpiece where hope, laughter and the joy of living overcome the difficulties of survival.

In the midst of war, Marko and Blacky - two opportunistic buddies sharing a spirited lust for women, booze and madcap brawling - attain riches and heroic praise dealing arms to the war's resistance fighters. When things get too hot, they move into an intricate cellar packed with refugees whom Marko encourages to manufacture the contraband. With Blacky convinced he should remain hidden in the cellar until the war ends, Marko conspires to leave him there as he grows richer from the toils of the people living underground.

Over fifteen years pass before a web of lies unfolds and Blacky emerges from the shelter to seek his revenge.