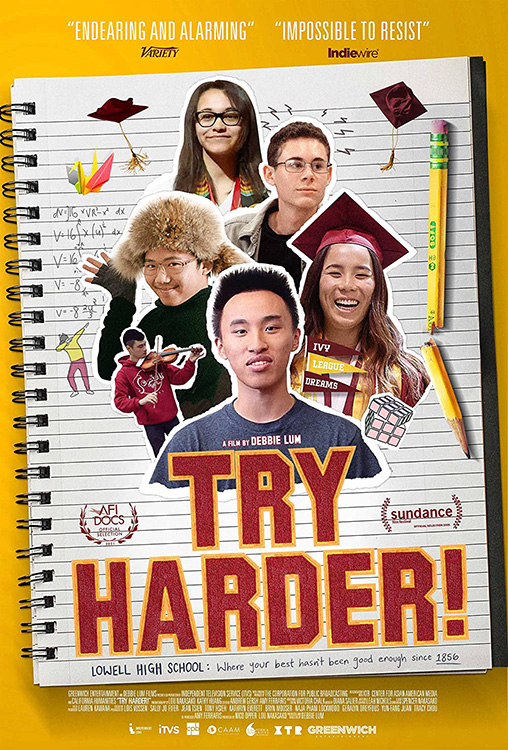 San Francisco’s Lowell High, one of the best public schools in the country, draws high achievers— nearly 70% Asian Americans — from across the city into a fiercely competitive universe. The camera follows seniors through the hallways and into classrooms as the pressure intensifies to impress admissions officers at elite universities with their report cards, test scores, and overall awesomeness. The students proudly own their identity as nerds and tell their stories with candor and humor despite the stress. Will they achieve their dreams? What happens if they fail?