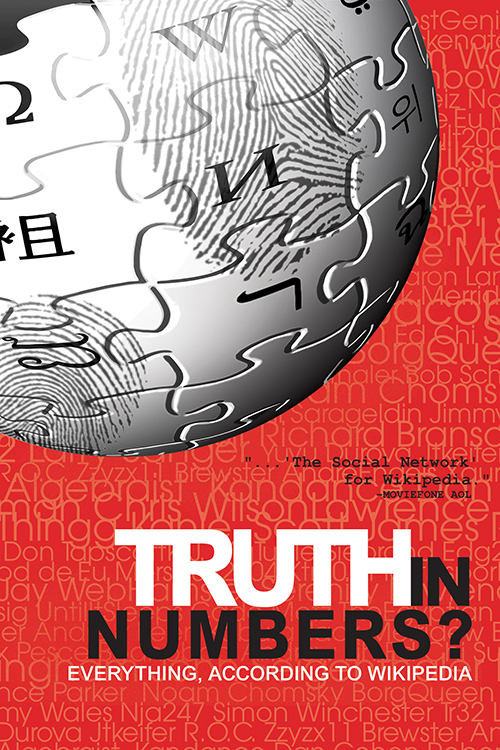 Truth in Numbers? Everything, According to Wikipedia

TRUTH IN NUMBERS? EVERYTHING, ACCORDING TO WIKIPEDIA is a 2010 American documentary film that explores the history and cultural implications of the online, user-editable encyclopedia Wikipedia. The film considers the question of whether all individuals or just experts should be tasked with editing an encyclopedia. The site's history and background is given, along with commentary from Wikipedia founders Jimmy Wales and Larry Sanger. Commentators that appear in the film include author Howard Zinn, Len Downie of The Washington Post, Bob Schieffer of CBS News, former Encyclopedia Britannica chief Robert McHenry and former Central Intelligence Agency director James Woolsey.