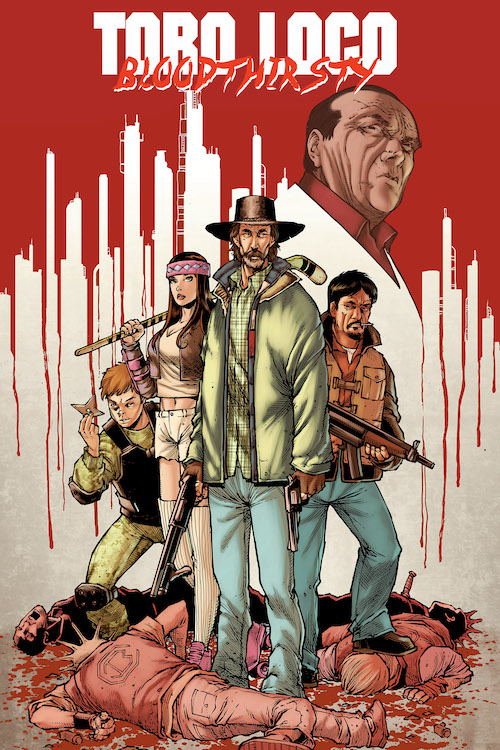 A Fistful of Dollars meets Death Wish by way of Blazing Saddles in this wild action/comedy from Chilean genre specialist Patricio Valladares (Hidden in the Woods). Delivering equal parts humor and blood, the story follows a grizzled stranger who arrives in a small town trapped in the grasp of a ruthless drug-peddling crime boss and his paraplegic, slobbering trigger-happy son. The man, known as Toro Loco, is in search for the killers of his son yet never too busy to permanently take care of marauding punks and thugs who get in his way. With the support of a young beauty, her geeky brother and a trigger-happy drag queen he sets out to clean up the town and avenge the murder of his son. A fast-paced tale filled with memorable characters, imaginatively directed action scenes set and a deft comedic touch.