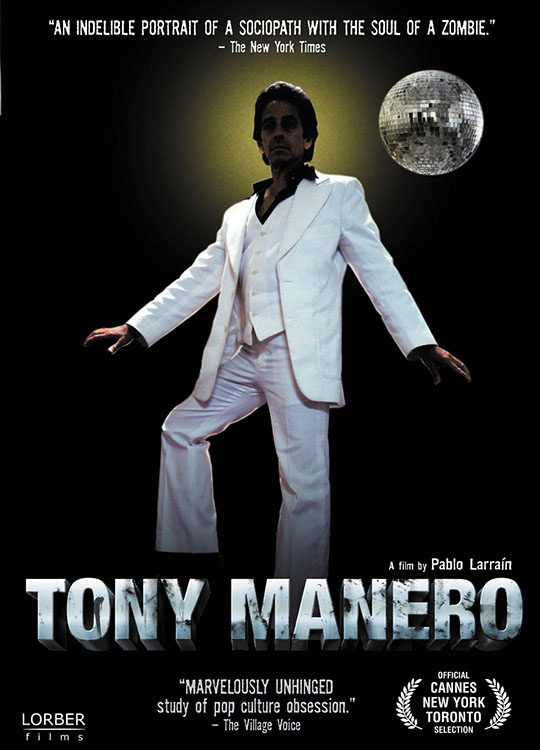 Raul Peralta, a middle-aged criminal in 1970's Chile, is obsessed the idea of impersonating Tony Manero, John Travolta's character in SATURDAY NIGHT FEVER. Every Saturday night, he unleashes his passion for the film's music by imitating his idol and leading a small group of dancers as they perform at a bar in the outskirts of the city. His dream of being recognized as a successful showbiz star is about to become a reality when a Tony Manero impersonating contest is announced on national television. However, his obsession to reproduce his idol's likeness and perfect his act drives him to commit a series of violent crimes and thefts, leading to shocking violence and murder.

Set during the tough social context of the Augusto Pinochet dictatorship, TONY MANERO is an award winning thriller that Entertainment Weekly calls, "a dark, edgy movie."

"An indelible portrait of a sociopath with the soul of a zombie." - The New York Times