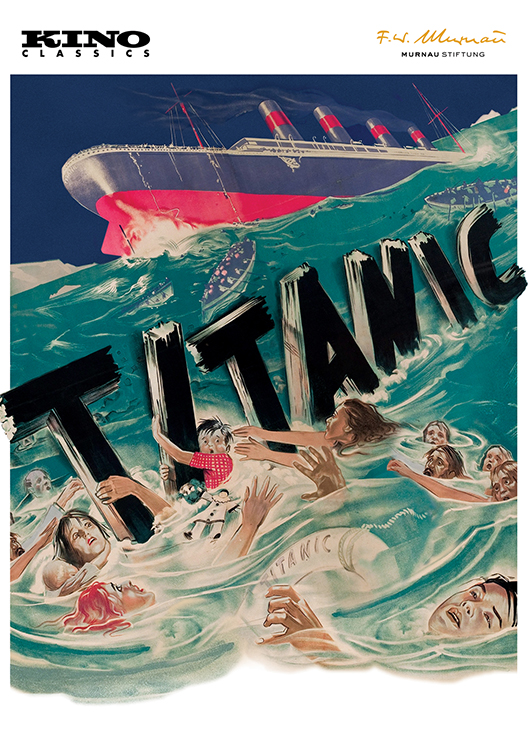 Launched in the midst of World War II, this epic production was intended as a Grand Hotel on the Atlantic, filled with romance and intrigue, laced with strong anti-British and -American sentiment, and climaxing with a spectacular recreation of humankind’s most notorious maritime disaster. But the Tobis production was almost as doomed as the ocean liner itself, with the arrest and subsequent “suicide” of director Herbert Selpin (replaced by an uncredited Werner Klingler). For years, TITANIC was withheld from release (largely because its scenes of panic might be demoralizing to wartime audiences), though some of the effects footage did appear, uncredited, in the 1958 British film A Night to Remember. Restored in 2004 by the Friedrich-Wilhelm-Murnau-Stiftung, TITANIC can now take its place among the most important disaster films of the 20th Century.