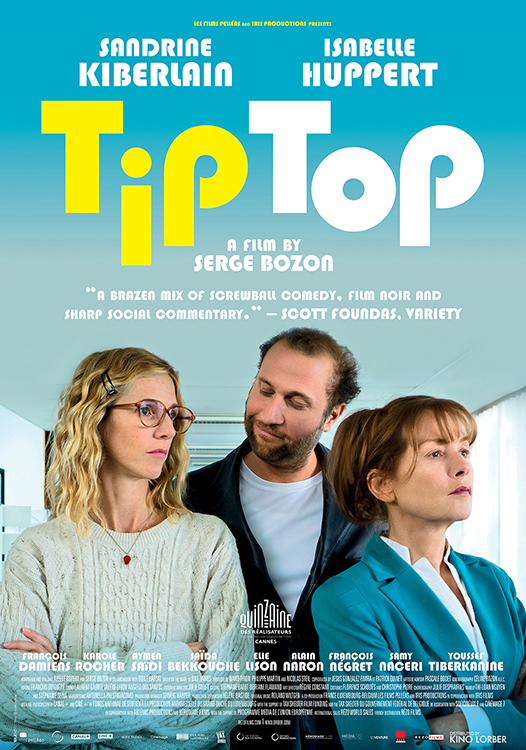 Serge Bozon's TIP TOP is a sharp and witty absurdist political commentary that will leave audiences with more questions about modern day France than answers. Farid, an Algerian turned informant for the French police, is found murdered in a small French town. Two offbeat and unethical female investigators (a fiercely authoritarian Isabelle Huppert paired with an inquisitive and voyeuristic Sandrine Kimberlain) are brought in to investigate the possibility of police involvement with the murder.