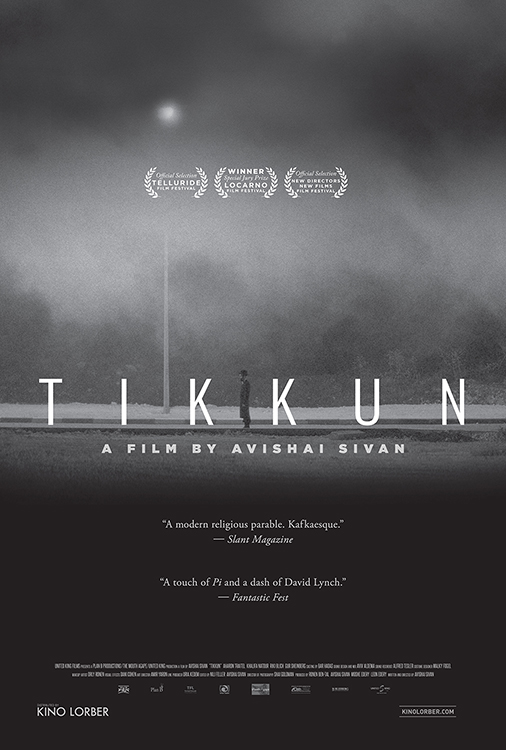 Haim-Aaron is an ultra-Orthodox religious scholar from Jerusalem whose talent and devotion are envied by all. One evening, following a self-imposed fast, he collapses and loses consciousness. The paramedics announce his death, but his father, refusing to let him go, takes over resuscitation efforts and, beyond all expectations, Haim-Aaron comes back to life. After the accident, the scholar remains apathetic to his studies. He suddenly feels a strange awakening in his body and suspects that God is testing him. When his father notices these changes in his son's behavior, he tries to forgive him, tormented by the fear that he has crossed God's will when he resuscitated him.

"Influences of David Lynch and Jim Jarmusch even as it stakes out new spiritual and sociological territory." -A.O. Scott, The New York Times

"A touch of Pi and a dash of David Lynch. It will test your belief or disbelief in God." - Fantastic Fest

"Shot in shimmering, richly textured black-and- white Tikkun has the twisted logic and dry wit of a nightmare scripted by Franz Kafka, and an ending that is utterly, gloriously opaque." -George Robinson, The Jewish Week