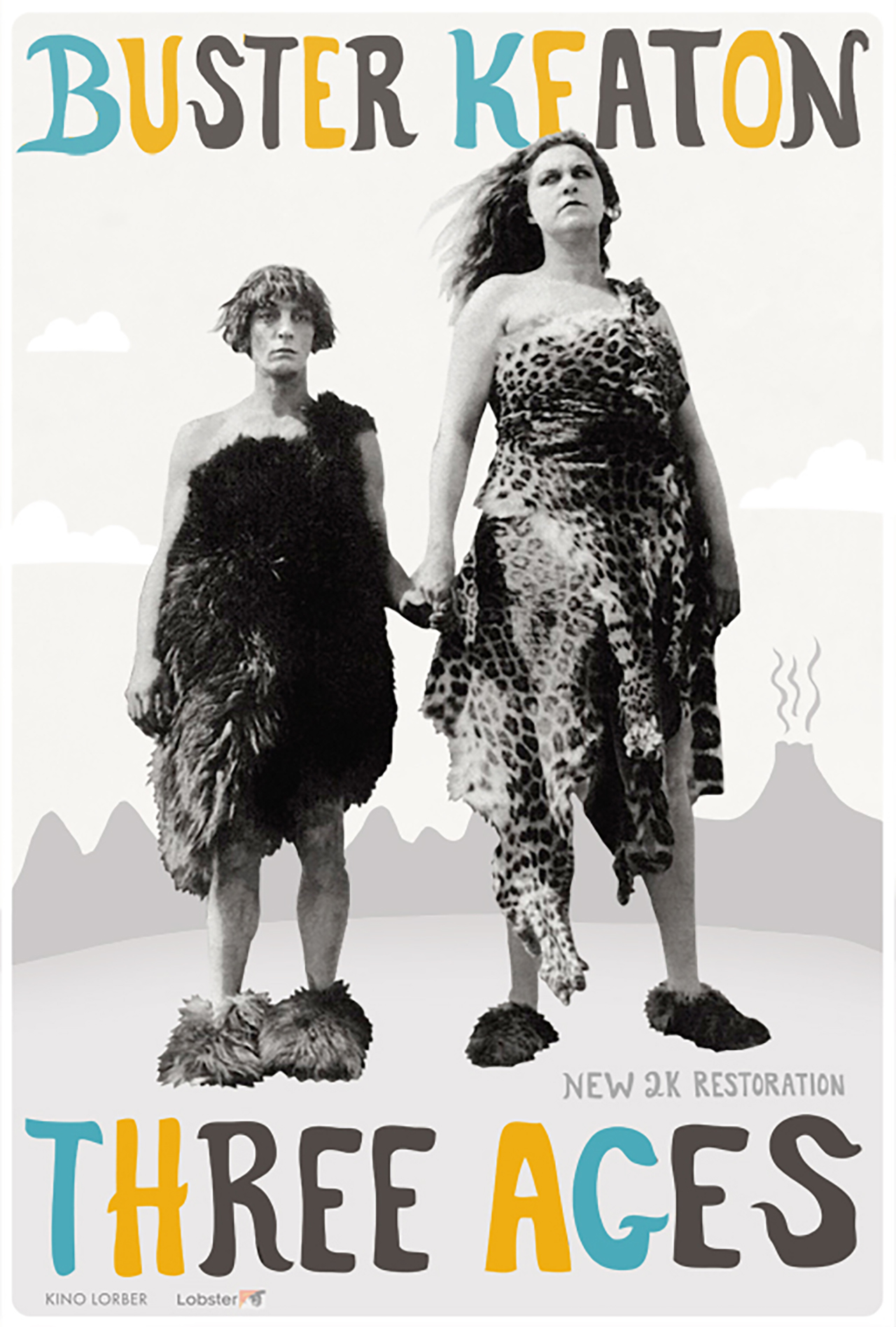 A brilliant historical satire teeming with inventive flourishes, Buster Keaton's THREE AGES is a silent comedy of truly epic proportions. This clever parody of D. W. Griffith's INTOLERANCE follows Buster's hard-luck romantic adventures throughout world history: from the dawn of man in the Stone Age, through the gladiatorial arenas of Ancient Rome, to the city streets of the American Jazz Era.

By flavoring the ancient stories with bits of modern comedy (e.g. the "spare tire" with which Buster repairs his chariot, the "home run" that he scores against an angry caveman), Keaton not only won raucous laughter from the audience but forged an original approach to history, humor, and cinema that clearly foreshadowed the Mel Brooks and Monty Python films that followed half a century later.