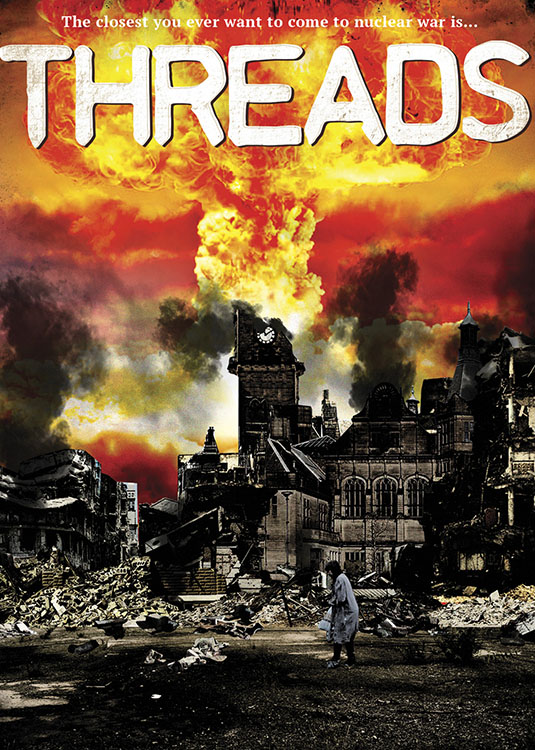 In 1984, it was aired on the BBC and shocked tens of millions of UK viewers. Four months later, it was broadcast in America and became the most watched basic cable program in history. It remains one of the most acclaimed made-for-television movies ever. THREADS is a docudrama about the effects of a nuclear attack on the working-class city of Sheffield, England as the fabric of society unravels.