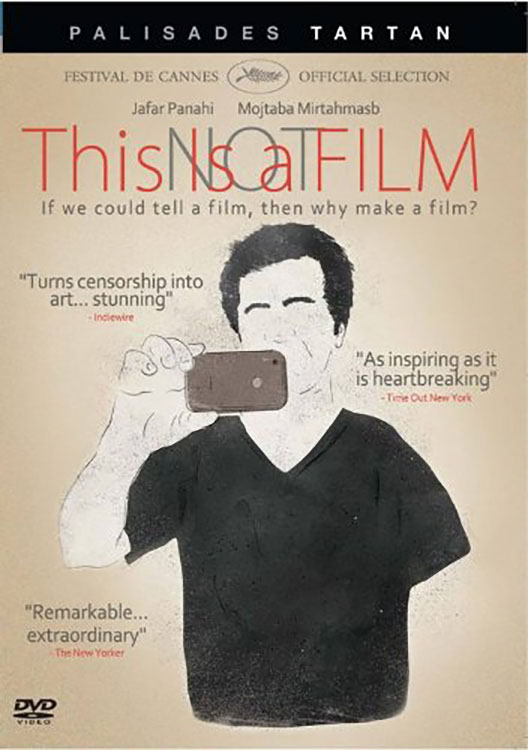 This is Not a Film

This clandestine documentary, shot partially on an iPhone and smuggled into France in a cake for a last-minute submission to Cannes, depicts the day-to-day life of acclaimed director Jafar Panahi (Offside, The Circle) during his house arrest in his Tehran apartment. While appealing his sentence - six years in prison and a 20 year ban from filmmaking - Panahi is seen talking to his family and lawyer on the phone, discussing his plight with Mirtahmasb and reflecting on the meaning of the art of filmmaking.

"I would like to show "This Is Not a Film" to those in the United States who are in favor of a close union of church and state." Roger Ebert

"It's a cry from the heart of an artist compelled to create, tell stories and respond to hostile, confounding realities." Ann Hornaday, Washington Post