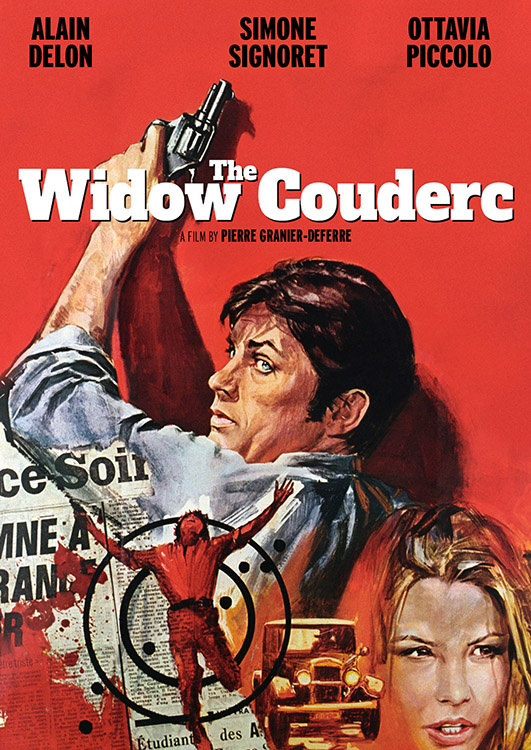 In this dark, intricate melodrama that explores the possibility of love between a young man and an older woman, Simone Signoret (Diabolique, Room at the Top) plays a contented widow who allows a handsome stranger (Alain Delon, Un Flic, The Sicilian Clan) to move in and work on her farm. Their secret affair and plans for the future take a dramatic turn when he succumbs to her jealous sister-in-law’s seductive daughter (Ottavia Piccolo, The Leopard). The drama plays out against the picturesque French countryside in director Pierre Granier-Deferre’s (Le Chat, The Last Train) adaptation of the novel by acclaimed author Georges Simenon (Maigret Sets a Trap, Magnet of Doom).