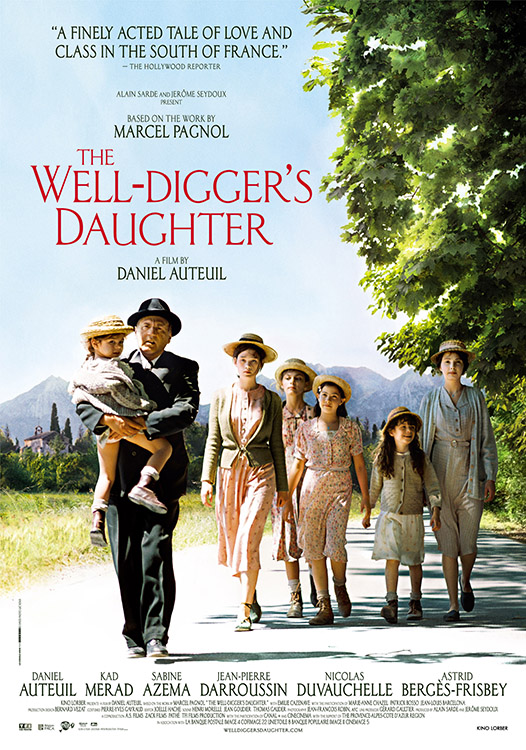 A heartwarming family drama that will make you laugh and cry in equal measure, THE WELL-DIGGER'S DAUGHTER "is the kind of film they don't make anymore, only here it is." (Kenneth Turan, Los Angeles Times).

Adapted from the beloved French film and novel by Marcel Pagnol, the movie tells the sweeping saga of single father and well-digger Pascal Amoretti (Daniel Auteuil, Caché), who is raising a small army of young girls in the Provençal countryside. When his poor teenage daughter Patricia (the luminous Astrid Bergès-Frisbey) falls in love with the rich and dashing air force pilot Jacques (Nicolas Duvauchelle) and begins an illicit affair, she puts the family's reputation at risk. After Jacques is called into duty, Pascal has to make a heart-wrenching decision about the fate of his wayward child.