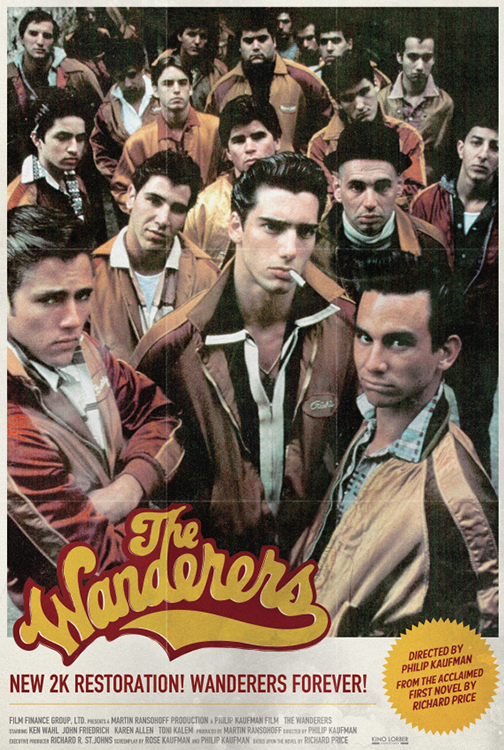 Based on the acclaimed first novel by Richard Price (The Night Of), Philip Kaufman's THE WANDERERS follows the exploits of the eponymous Italian-American gang in the Bronx in 1963, just before the country underwent profound change.  Part comedy and part drama, the film is an evocative and thrilling look back at a more innocent time.

"Philip Kaufman, the greatest American director you’ve never heard of, directed his own adaptation (along with wife Rose Kaufman) of Richard Price’s novel detailing Bronx gang life in the rapidly changing landscape that was 1963. Led by an amazing group of young actors (Ken Wahl, John Friedrich, Tony Ganios and Linda Manz), most of whom strangely didn’t go on to stardom, The Wanderers blends nostalgia, pathos, surrealism and drama seamlessly to create an utterly unique experience. Again, an amazing period soundtrack boosts the proceedings more." - Alex Simon, The Huffington Post

"The Wanderers is nostalgic and romanticized, but it also feels thrilling and new, nearly 40 years after it was made.  It’s also spirited and rambunctious, shot and edited in a style that invokes comic-book panels and pop art." - Rene Rodriguez, The Miami Herald

"Long before the advent of music videos, [Kaufman] skillfully juxtaposes visual action with the most effective rhythm, melody, lyrics and orchestration — especially when we hear Dion's "The Wanderer," as the guys strut down the street." - Annette Insdorf

“Like George Lucas in American Graffiti, Kaufman aspires to more than a timelessly gritty fable. He is attuned to the epochal transition from the fifties to the sixties… Kaufman also hones his special talent for balancing parody and elegy, which peaked with The Right Stuff four years later. True to Richard Price’s source novel, and anticipating his subsequent prodigiousness as a chronicler of the culture of the American city, the script elevates the vulgarity of street life to sardonic urban poetry… If The Wanderers now scans as a picaresque curiosity, it is a smart and knowing one.” - Jonathan Stevenson, Brooklyn Magazine

“Doesn’t whitewash the ’50s; instead of squeaky-clean nostalgia, [Kaufman’s] tale of a Bronx gang is filled with dirty sex and violent rumbles, and we wouldn’t have it any other way.” - Joshua Rothkopf, Time Out New York

“Hysterical. A slippery meta chimera, American Graffiti by way of Mean Streets. Nostalgia drips from its sounds and images like reverb from the surf-rock guitars of every third needle drop, but Kaufman's aim isn't to romanticize leather-clad, pompadoured, dimwitted masculinity. This was his last comedy, and he picks apart tribalism with scientific curiosity and French New Wave–level claustrophobia.” - Scout Tafoya, The Village Voice

"Unlike The Warriors which takes place in a baroque, very fictionalized vision of New York City, The Wanderers is a period piece, set in the 1960s. I hesitate to describe it with any synonym for “realistic,” since it’s very much heightened in tone, and also dynamically photographed by Michael Chapman.  This is one of those movies that flies just under the radar — people who know about it tend to admire it, and for alla the rest of ya’s, it’s a discovery waiting to happen." - Jon Abrams, Daily Grindhouse

“This adaptation of Richard Price's episodic novel plays like the urban flip-side of American Graffiti: a macho mini-community grows up and apart in the cultural gulf between Dion and Dylan…rock history gets its most intelligent illustration since Mean Streets.” -  Time Out London

“An urban kind of all-American fantasy. What revs up the movie and keeps it humming is the driving energy of early rock, with its innocent/rebellious spirit, and its theme that teens must find their own ways to love and fight.” -  Michael Sragow, The New Yorker

“A well-made and impressive film. Philip Kaufman…has accurately captured the urban angst of growing up in the 1960s.” - Variety

"It's like Grease with brass knuckles. The Wanderers is a violent, sweet-tempered, funny and compassionate ode to the knights of the inner city who had to fight to grow up." - Jack Kroll, Newsweek

"The Wanderers is always worth watching.  It contains more surprises than a walking tour of Times Square at 3 in the morning: you never know whether the intense activity will explode into violence, scatalogical humor or even sentimentality." - Frank Rich, Time

"Richard Price's book on which the movie is based and Philip Kaufman's imaginative, loving direction make today's minds and hearts identify with the vintage 1963 Bronx high school seniors whose story it is. Funny and touching...violent and tender...thoroughly ingratiating and unpretentious film...marvelous music...though outwardly it might appear to be a gang movie, inwardly it is something much more important...it moved me so much." - Norma McLain, After Dark Magazine

"It's funny and sad and has some fine performances. It also boasts one of the best assemblages of rock music ever put together for a film...the flip side of American Graffiti. - Rona Barrett, WABC-TV

"The Wanderers has a humor, a pungency and a pictorial vividness matched by few movies these days." - Richard Freedman, The Star Ledger

"The Wanderers has stimulated, moved and excited me more than any film I have seen in months...Phil Kaufman's The Wanderers is like West Side Story flavored with comic grotesquerie and melancholy poetry of Fellini...The Wanderers reawakens our sense of wonder at the most exotic country of all--our own buried past." - Stephen Farber, New West 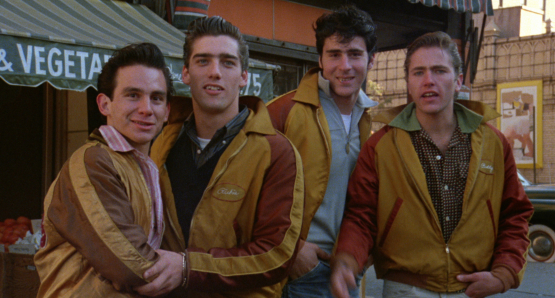 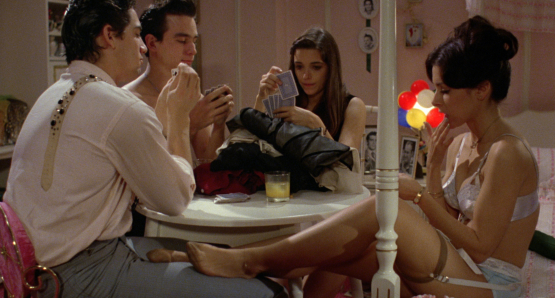 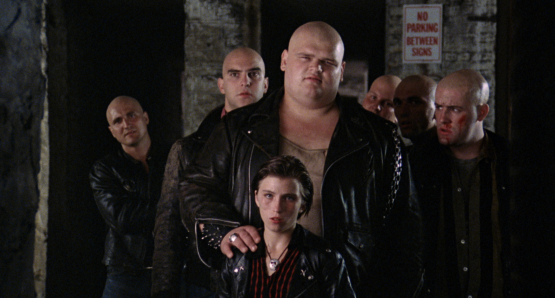 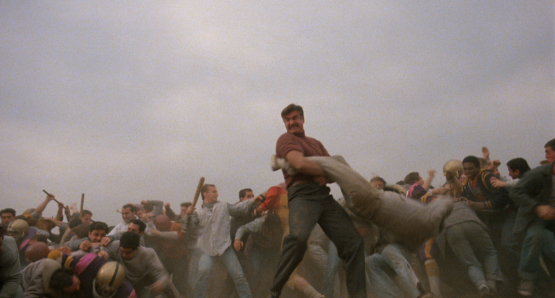 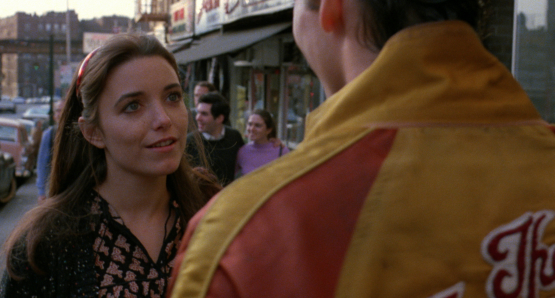 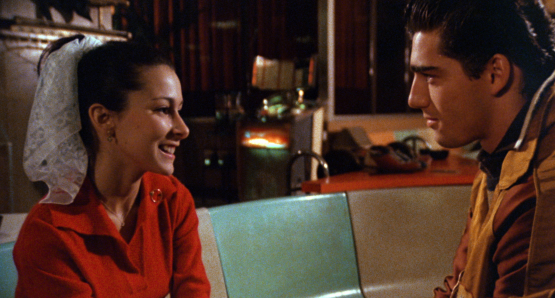 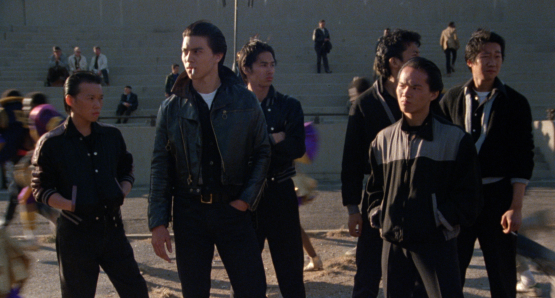 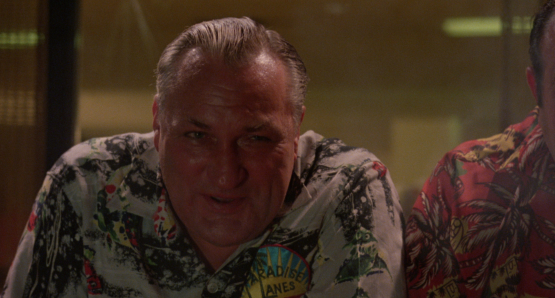 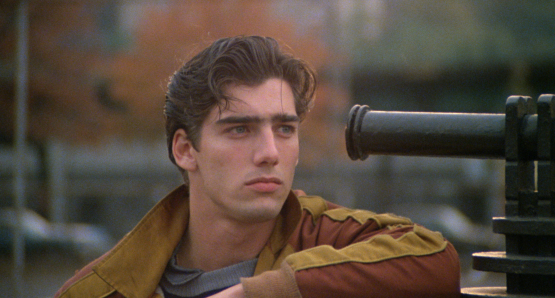 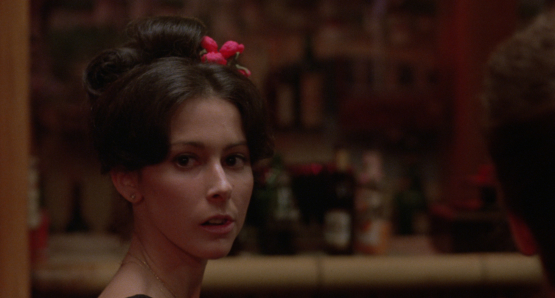