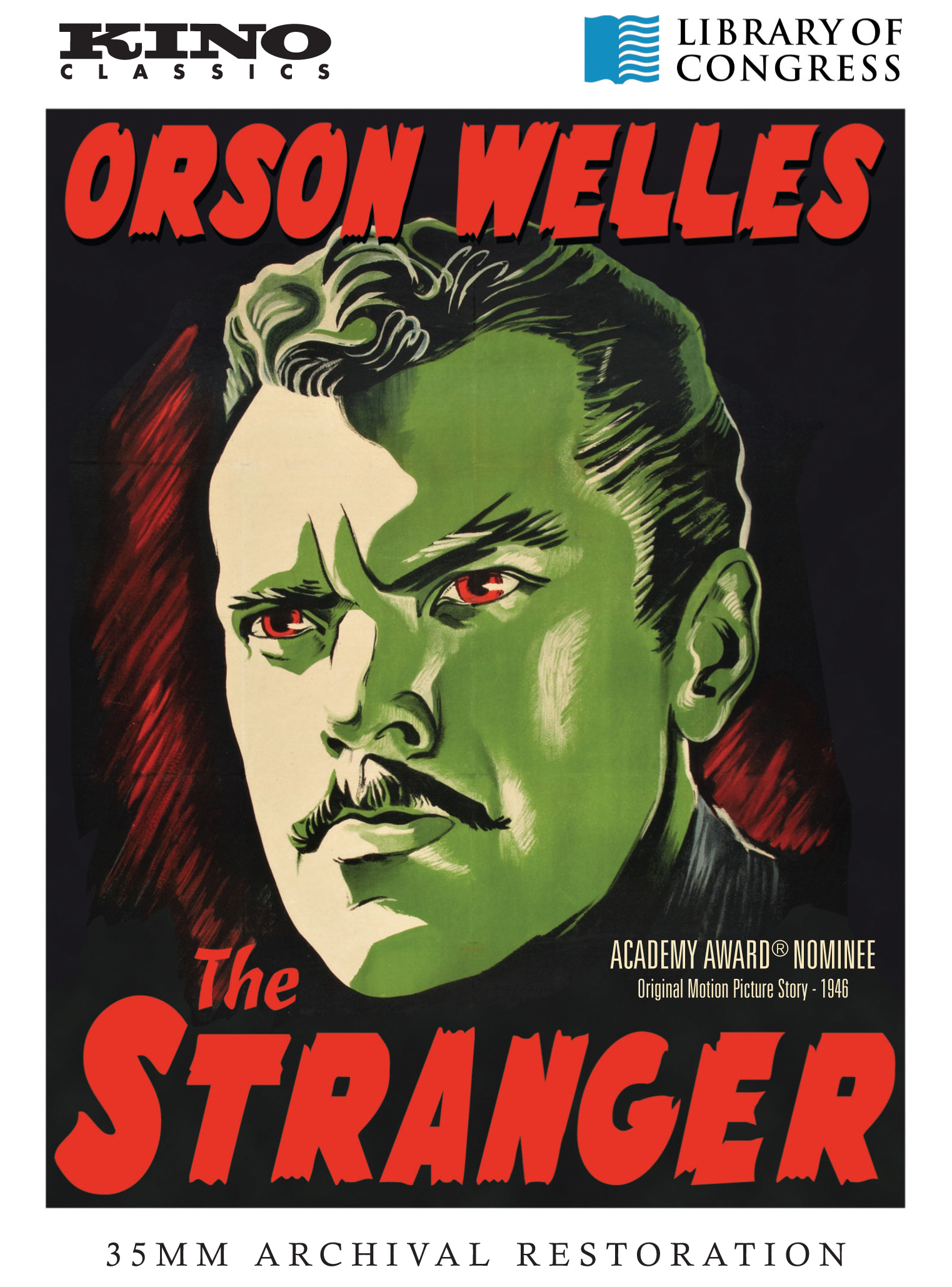 Having directed two undisputed masterpieces - Citizen Kane and The Magnificent Ambersons - Orson Welles delved into the suspense film, crafting a baroque postwar thriller that drew upon the style of his previous work, while laying the groundwork for his later film noir classics The Lady from Shanghai and Touch of Evil. Edward G. Robinson stars as Wilson, a government agent who tracks down a high-ranking Nazi officer (Welles) who has managed to craft a new identity for himself in a quaint Connecticut town, marrying the daughter (Loretta Young) of a local judge.

Circulated in poor versions for decades, this edition of THE STRANGER was mastered in HD from an original 35mm print preserved by the Library of Congress, and is accompanied by a wealth of supplemental material. Nominated for Academy Award for Best Original Screenplay.

A grade A gooseflech-raiser - Time Magazine