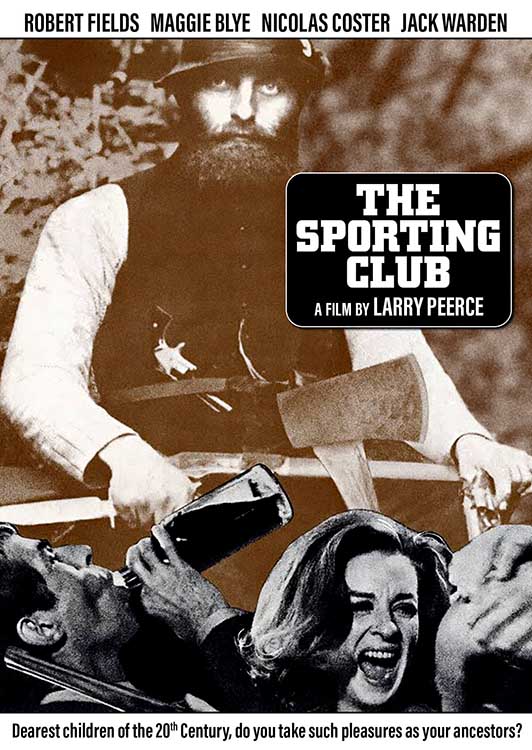 From Larry Peerce, the acclaimed director of One Potato, Two Potato, The Incident, Goodbye, Columbus, Ash Wednesday, The Other Side of the Mountain and Two-Minute Warning, comes this jet-black satire that takes a brilliant and bloody look at power, hypocrisy and corruption. The Centennial Club: a rich man’s paradise, where he can get away from business, his wife and the “lower” classes. The very select membership limits itself to those bred to rule—the American Royalty. When the current members of the club meet for a 100-year anniversary celebration, one of the younger men decides it’s time to “purify” the membership. His plan takes shape as the opening of a time capsule sets off a wild party and men suddenly revert to a savage animal level. Starring Robert Fields (They Shoot Horses, Don’t They?), Maggie Blye (The Italian Job), Nicolas Coster (The Pursuit of D.B. Cooper), Jack Warden (The White Buffalo) and Linda Blair (Savage Streets), it’s a film of disturbing yet insightful surprises!