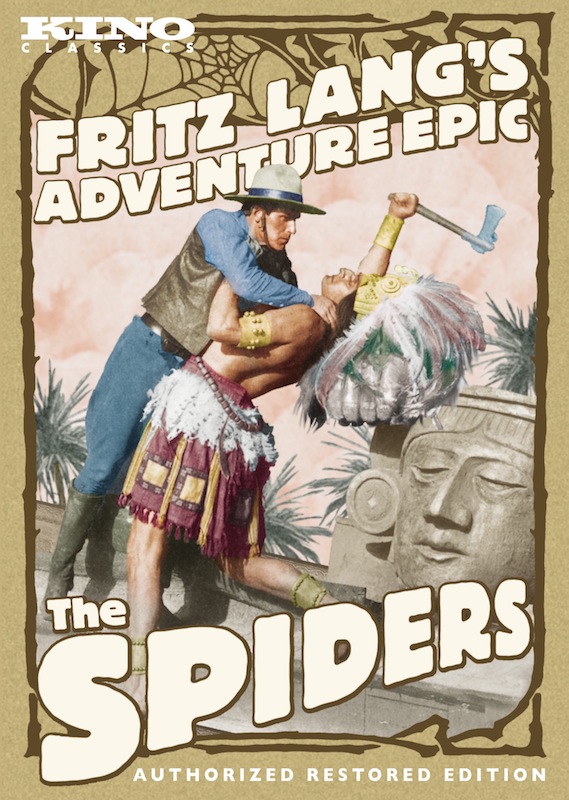 With this exotic adventure film, director Fritz Lang established himself as a master of epic storytelling, a talent that would reach its pinnacle in such monumental films as Metropolis and Die Nibelungen. Influenced by the French serials of Louis Feuillade (Fantômas) and infused with Lang’s own fascination with Asian culture, THE SPIDERS follows international adventurer Kay Hoog (Carl de Vogt) in his quest for Incan gold and the precious “Buddha’s head” diamond. Along the way, he must contend with an organization of criminal spies known as The Spiders, who will employ any form of treachery, including murder, to snatch the artifacts from his possession.

"...looks superb thanks to a new Blu-ray from Kino Classics."

"Making its BluRay debut, this is exactly the sort of thrill ride Spielberg and Lucas had in mind when making Raiders Of The Lost Ark."