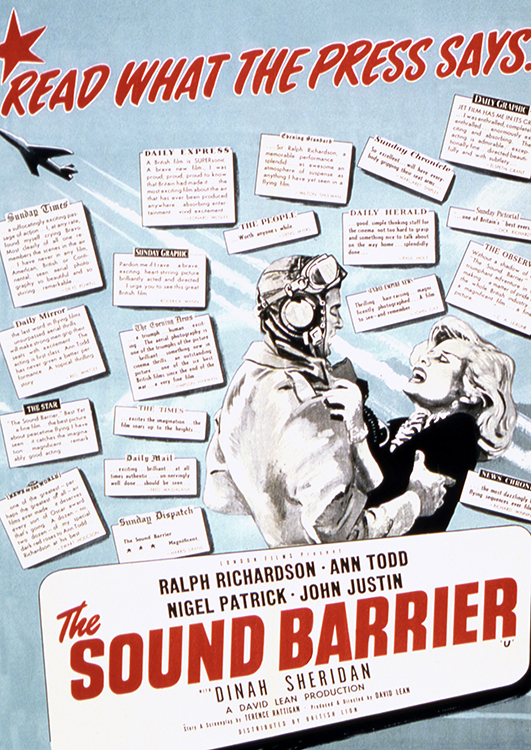 The story of avian exploration and of the human problems which beset those on earth who can only sit and wait. John Ridgefield, pioneer airman and visionary, manufactures jet planes designed to fly faster than sound into a new world, where speeds of two thousand miles an hour may be commonplace. But his daughter, Susan, believing that human life is more important than human progress, condemns her father's aims and endeavors as senseless ambition.

Nominee for Best Screenplay at the Academy Awards. Winner of Best British Actor, Best British Film, and Best Film at the BAFTA Awards

"The excitement and beauty of early jet aviation are still irresistible."