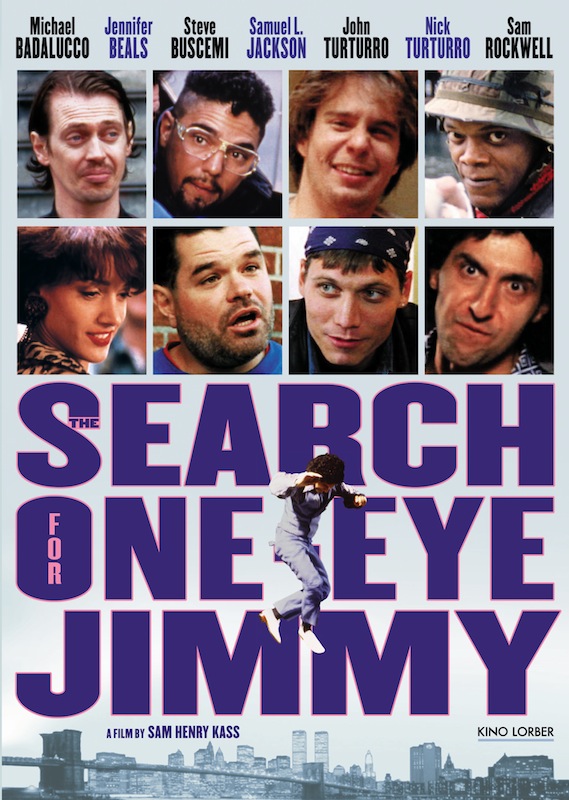 The Search for One-Eye Jimmy

A lost gem from the 1990's independent film boom, THE SEARCH FOR ONE-EYE JIMMY is a lovably offbeat comedy that stars a who's who of indie acting talents.

Steve Buscemi, Samuel L. Jackson, John Turturro, and Sam Rockwell are just a few of the actors who populate South Brooklyn throughout the film's shaggy dog tale. One of the locals, "One-Eye" Jimmy, has disappeared, and local filmmaker Les (Holt McCallany) tries to track him down. As word spreads, the neighborhood leads him on a hilariously disorganized and badly led search party. He gets useless tips from Disco Bean (Turturro), who never got the memo that his favorite music was dead, to Colonel Ron (Jackson) a crazed Vietnam Vet who fishes for sneakers in the Gowanus Canal. The F.B.I., the Catholic Church and the Mob all join this mad chase.

Written and directed by Sam Henry Kass (later an executive consultant on Seinfeld), THE SEARCH FOR ONE-EYE JIMMY is an expertly made comedy that is both funny and irresistibly charming.