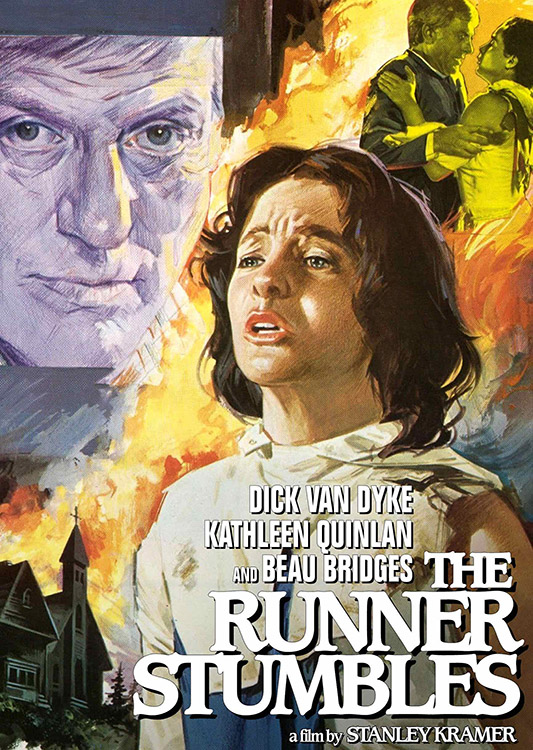 From Stanley Kramer, the acclaimed director of On the Beach, Inherit the Wind, Judgment at Nuremberg, Ship of Fools, The Defiant Ones and It’s a Mad Mad Mad Mad World, comes THE RUNNER STUMBLES, the final film in the legendary filmmaker’s career. Television and screen legend Dick Van Dyke (Mary Poppins, The Dick Van Dyke Show) stars in this moving and powerful drama about a priest accused of murdering the nun with whom he had fallen in love. Inspired by a real-life murder case, the story focuses on Father Rivard (Van Dyke), a priest banished to a dreary, poverty-stricken coal mining town for his radical views. His life is suddenly changed by the arrival of Sister Rita (Kathleen Quinlan, Warning Signs, Breakdown), a vivacious young nun who immediately sets the town talking with her open, unorthodox behavior. But soon talk turns to vicious gossip and tragedy as the self-righteous townsfolk come to believe the love between the nun and the priest is more than just spiritual. Maureen Stapleton (Reds), Beau Bridges (The Landlord), Ray Bolger (The Wizard of Oz) and Tammy Grimes (Play It as It Lays) co-star in this compelling, intelligent and ambitious film that expertly builds to its surprising ending.