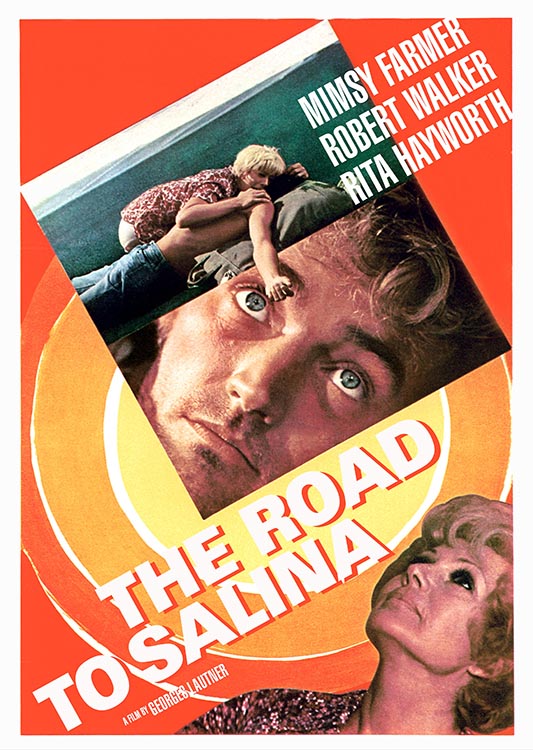 The Road to Salina

Jonas (Robert Walker, Beware! The Blob), a young drifter, stops at a desolate roadside service station where Mara (Rita Hayworth, Separate Tables), the owner, identifies him as her son Rocky, who disappeared four years ago. Jonas is overwhelmed by the awkward situation, but tired and hungry, accepts Mara’s offer of room and board. Initially, he believes that Mara is simply delusional, but when Mara’s old friend and neighbor Warren (Ed Begley, Billion Dollar Brain) arrives for a visit, surprisingly, he also acts as if Jonas were Rocky. Even when the attractive and carefree Billie (Mimsy Farmer, The Perfume of the Lady in Black), his alleged sister, comes home, she appears to recognize him as her brother and soon takes him under her wing. As an erotic relationship develops between them, Jonas soon discovers that Billie may have killed her own brother and Mara could very well be covering up the crime. Explosive events bring him to the edge of madness as he confronts the consequences of his “free ride.” THE ROAD TO SALINA is a tense, gripping tale of forbidden love written and directed by Georges Lautner (Le Professionnel, Monsieur Gangster).