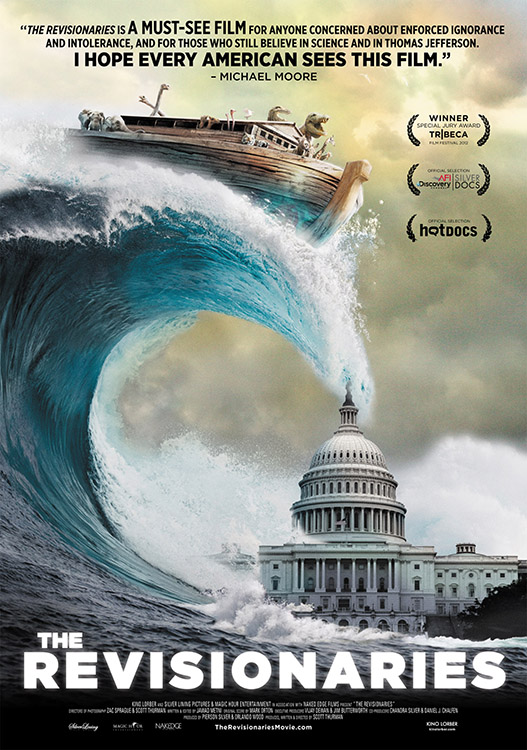 In Austin, Texas, fifteen people influence what is taught to the next generation of American children. Once every decade, the highly politicized Texas State Board of Education rewrites the teaching and textbook standards for its nearly 5 million schoolchildren. And when it comes to textbooks, what happens in Texas affects the nation as a whole.

Don McLeroy, a dentist, Sunday school teacher, and avowed young-earth creationist, leads the Religious Right charge. After briefly serving on his local school board, McLeroy was elected to the Texas State Board of Education and later appointed chairman. During his time on the board, McLeroy has overseen the adoption of new science and history curriculum standards, drawing national attention and placing Texas on the front line of the so-called "culture wars."

In his last term, McLeroy, aided by Cynthia Dunbar, an attorney from Houston and professor of Law at Jerry Falwell's Liberty University, finds himself not only fighting to change what Americans are taught, but also fighting to retain his seat on the board. Challenged by Kathy Miller, president of the Texas Freedom Network, and Ron Wetherington, an anthropology professor from Southern Methodist University in Texas, McLeroy faces his toughest term yet.

THE REVISIONARIES follows the rise and fall of some of the most controversial figures in American education through some of their most tumultuous intellectual battles.

"A solid entry in the chronicles of the culture wars [evolution vs. creationism], this is recommended" - Video Librarian, 3 stars

"The Revisionaries is a gripping and important film for anyone who cares about the future of public education." - Chris Vognar, Dallas News Pop Culture Blog

"Of all the scary movies you may see this month, none will be more chilling than Scott Thurman's documentary about the Texas State Board of Education." - Elizabeth Weitzman, New York Daily News