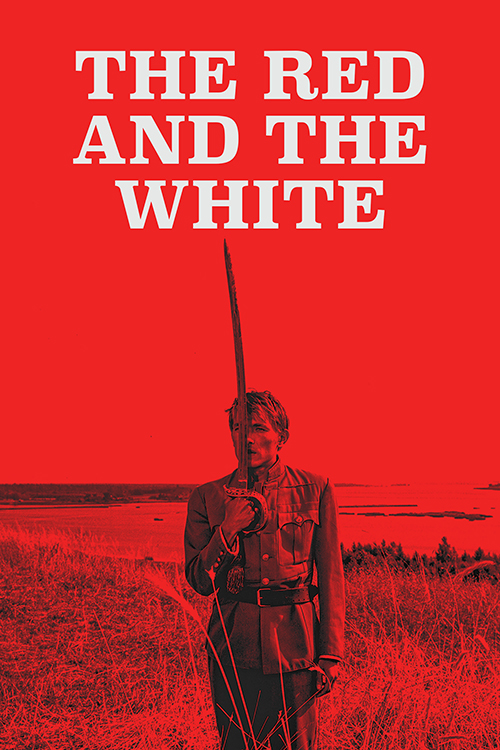 The Red and the White

A haunting, powerful film about the absurdity and evil of war. Set in Central Russia during the Civil War of 1918, THE RED AND THE WHITE details the murderous entanglements between Russia's Red soldiers and the counter-revolutionary Whites in the hills along the Volga. The epic conflict moves with skillful speed from a deserted monastery to a riverbank hospital to a final, unforgettable hillside massacre.

THE RED AND THE WHITE is a moving visual feast where every inch of the Cinemascope frame is used to magnificent effect. With his brilliant use of exceptionally long takes, vast and unchanging landscapes and Tamas Somlo's hypnotic black and white photography, Jancsó gives the film the quality of a surreal nightmare. In the director's uncompromising world, people lose all sense of identity and become hopeless pawns in the ultimate game of chance.

“Working in elaborately choreographed long takes with often spectacular vistas, Jancsó invites us to study the mechanisms of power almost abstractly, with a cold eroticism that may suggest some of the subsequent work  of Stanley Kubrick. If you’ve never encountered Jancsó’s work, you shouldn’t miss this. He may well be the key Hungarian filmmaker of the sound era, and certain later figures such as Bela Tarr would be inconceivable without him.”