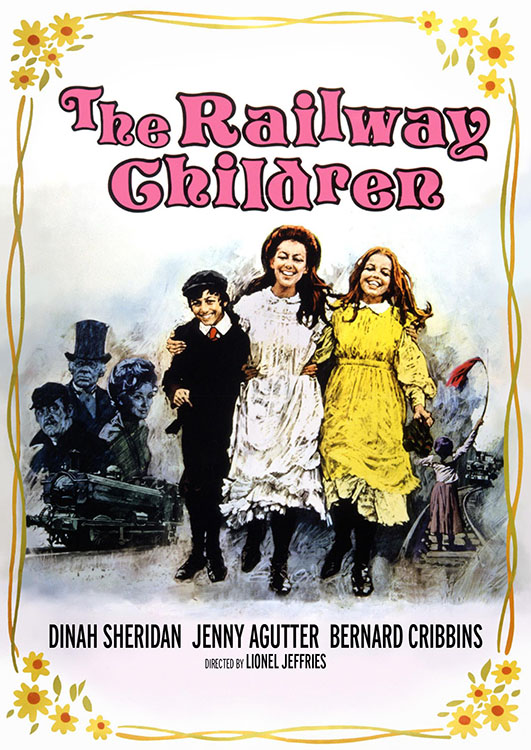 In turn-of-the-century London, Roberta “Bobbie” Waterbury (Jenny Agutter, Walkabout, Logan’s Run) lives a perfect upper-class life with her parents, sister and brother until one fateful night when her father is mysteriously arrested. Suddenly impoverished, the children and their mother are forced to move to a dusty cottage far away in the country perched on the edge of a railroad. But along these magical tracks, in the nearby station and on the mighty trains themselves, Bobbie and her siblings will discover adventure, face danger and forge friendships that will change their young lives forever. Dinah Sheridan (Genevieve) and Bernard Cribbins (Carry On Spying) co-star in this heartwarming hit based on the beloved novel by E. Nesbit (The Enchanted Castle) and filmed on location in the breathtaking Yorkshire countryside. Nominated for three British Academy Awards, THE RAILWAY CHILDREN remains one of the best-loved family classics of our time and was recently named one of the top 100 British films of the 20th century by the British Film Institute. Acting great Lionel Jeffries (The Amazing Mr. Blunden) wrote the screenplay and directed this extraordinary film for the whole family.