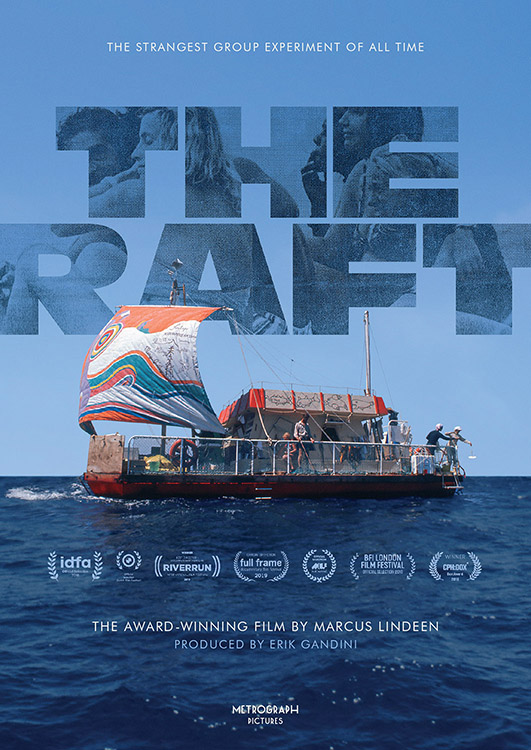 In the summer of 1973, a young international crew of six women and five men embarked together on a most unusual sea voyage—a close-quarters trip across the Atlantic from Spain to Mexico on a free-floating raft christened the Acali, initiated by Mexican anthropologist Santiago Genovés, who proposed to use the group as guinea pigs in his investigation of the origins of violent conflict and dynamics of sexual attraction. Contentious from the get-go, incorrectly labeled by the media as ‘The Sex Raft,’ the Acali mission stayed afloat for 101 days—and now, more than forty years later, the surviving crew members reunite to reenact and recollect their experience, additionally illustrated with extensive 16mm archival footage from the voyage. What results is a document of the thin line between science and cultism in the early ‘70s, a touching story of female camaraderie and, in the character of Genovés, an unforgettable portrait of oblivious, toxic masculinity.