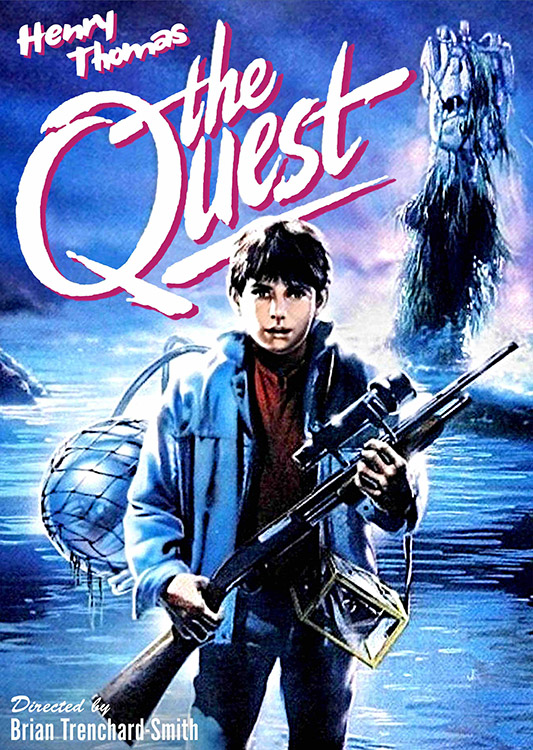 From Brian Trenchard-Smith, the acclaimed director of The Man from Hong Kong, Turkey Shoot, Dead End Drive-In and The Siege of Firebase Gloria, comes this action-filled adventure starring Henry Thomas (E.T. the Extra-Terrestrial, Cloak & Dagger). Cody (Thomas) is a young man of intrepid spirit, always looking for a challenge. Living with his guardian (Tony Barry, Shame), Cody learns of an ancient myth, the story of “Donkegin.” He is told to leave it alone, but the legend sparks his lively imagination. Defying all authority, Cody and his girlfriend embark on a search that takes them into the shadow-land of mystery and to the edge of death. Written by Everett De Roche (Razorback, Race for the Yankee Zephyr) and featuring a top-notch score by the great Brian May (Mad Max, Road Games, The Road Warrior), THE QUEST is a treat for the whole family with a backdrop of spectacular Australian scenery.