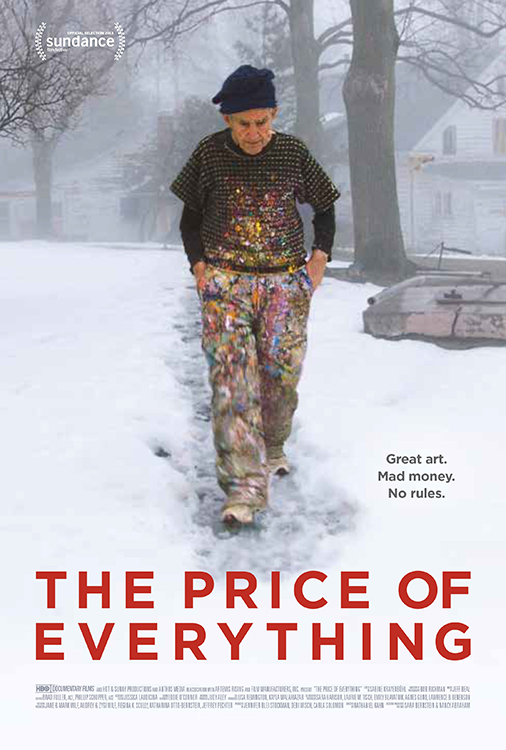 The Price of Everything

Exploring the labyrinth of the contemporary art world, THE PRICE OF EVERYTHING examines the role of art and artistic passion in today’s money-driven, consumer-based society. Featuring collectors, dealers, auctioneers and a rich range of artists, from current market darlings Jeff Koons, Gerhard Richter and Njideka Akunyili Crosby, to one-time art star Larry Poons, the film exposes deep contradictions as it holds a mirror up to contemporary values and times, coaxing out the dynamics at play in pricing the priceless.

Are we in the midst of an art crisis? Can the value of art really be measured in dollars and cents? How are these values assigned and who assigns them? Does the art market have a chilling effect on our great museums and the ability of the public to engage in the art of our time? Most importantly, what does this new consumerist approach to art mean for artists themselves?

[A] colorful and inquisitive cinematic essay on the state of the art world...

[A] brilliant and captivating documentary about how the art world got converted into a money market...

It's rare to get such a frank and authoritative view of the market and its flaws. Kahn has returned from his trip down the rabbit hole with a clear-eyed and enthralling picture of what he found there.

Nathaniel Kahn lets the contemporary-art market shoot itself in the pedicured foot.

[The Price of Everything] succeeds in being educational and entertaining as well as profoundly disturbing.

The bottom line is this film may entertain viewers who either appreciate or are interested in modern art, even as it leaves them feeling cynical toward the art market.