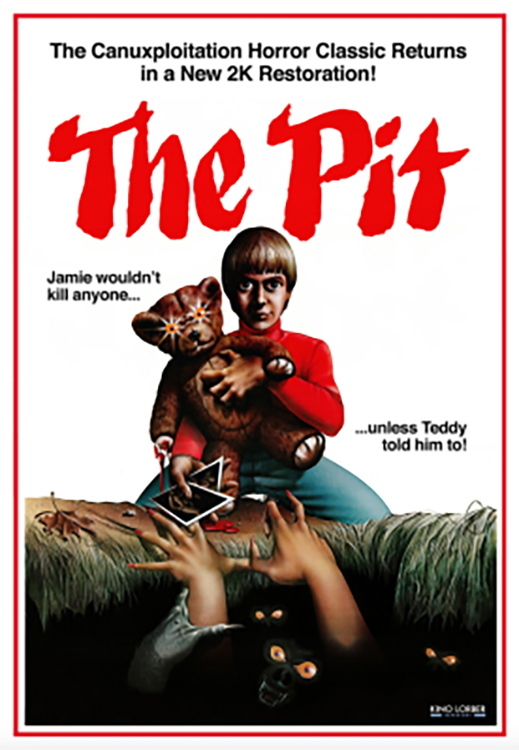 Twelve-year old Jamie is an outcast in his small town—he is bullied, he shows signs of being a sexual deviant, and he has no friends aside from his demonic teddy bear, Teddy. Influenced by commands he hears from Teddy, Jamie lures his unsuspecting tormentors one by one to a forest pit that he has discovered on the outskirts of town, so that they can be devoured by the man-eating troglodytes that dwell at the bottom of THE PIT!

“A totally psychotic horror film that totally catches you off guard … so baffling it leaves you questioning the reality of what you’ve just seen.” – Oh, the Horror

“A truly original film, and one not easily forgotten.” – Not Coming to a Theater Near You