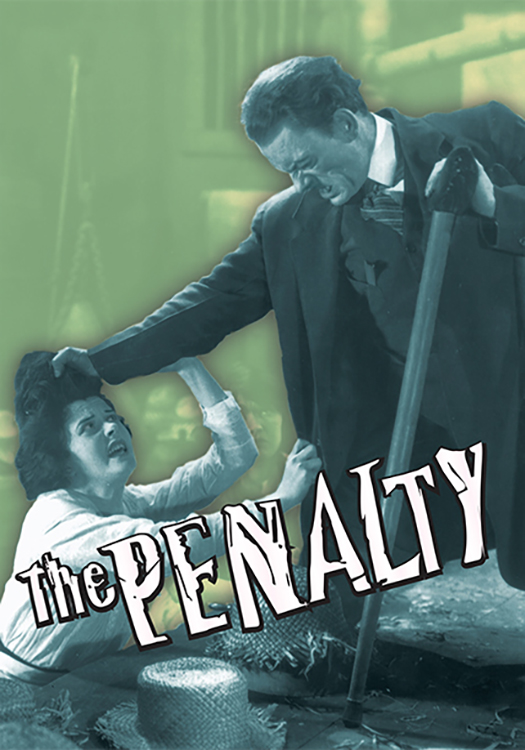 In a role that established him as one of the most dynamically terrifying performers of the silent screen, Lon Chaney stars in THE PENALTY, a grotesque thriller from director Wallace Worsley (The Hunchback of Notre Dame).

When an incompetent doctor amputates the legs of a young boy, he has no idea that the youth will grow up to be the immoral and embittered Blizzard, a criminal mastermind who orchestrates a bizarre and heinous plot to avenge himself upon his malefactor. THE PENALTY teems with irony and sexual menace as Blizzard befriends the surgeon's daughter and serves as an artist's model for her sculptural rendition of Satan, waiting for his moment to show the depth of his demonic desires.

In playing the devious Blizzard, Chaney tightly harnessed his legs within a pair of leather stumps, flawlessly rendering the physical disfigurement that so profoundly echoes the misshapen mind that drives this sadistic character toward his violent destiny. As Chaney biographer Michael Blake says, "One has to wonder if the intensity Lon brought to this role might have been due in part to the pain produced by his harness."