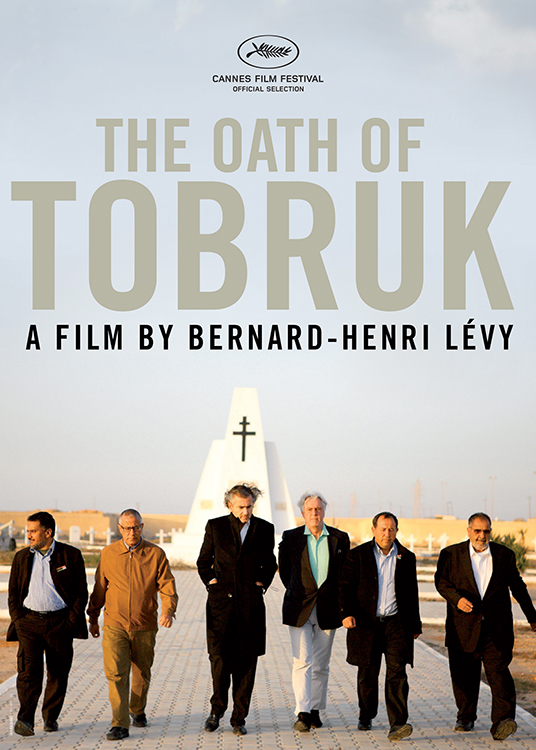 The Oath of Tobruk

Bernard-Henri Lévy is one of the world’s most influential public intellectuals, and his politically charged documentary filmmaking work is an unflinching look at the most urgent humanitarian crises around the globe. THE OATH OF TOBRUK tracks six months of behind-the-scenes work in war-torn Libya, as Lévy bargains with the emergent National Transitional Council and urges western leaders to use military force against Muammar Gaddafi. Lévy’s courageous hands-on intervention helps build the international consensus for UN military action. Commenting on the events are several preeminent leaders at the time—among them Secretary of State Hillary Clinton, French President Nicolas Sarkozy, and British Prime Minister David Cameron. The film’s title is a reference to the oath of Kufra, made when the Free French scored their first victory in Libya and swore not to lay down their arms until France was liberated from the Nazis.