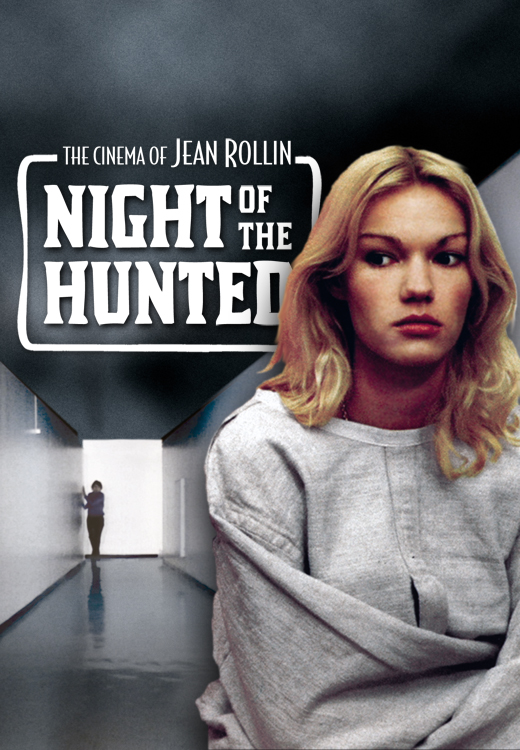 The Night of the Hunted

A man driving home late one night nearly hits a beautiful, scantily-clad woman who is running wild in the streets; he takes her back to his apartment, they make love, and he discovers that she has already forgotten where they met. She is rapidly losing her memory, a woman without a past. The amnesiac woman is traced back to a scientific fortress melodramatically known as "The Black Tower," where people suffering memory and identity loss due to accidental nuclear contamination are being held and treated.

Although Rollin made the film with absolute freedom within his budget, he was forced to race through with absurd time restraints. As a result, NIGHT OF THE HUNTED (La Nuit des traques) is a compromised film, to be sure, but it is a unique and exceptional chapter in Rollin's filmography. It has a distinctly Cronenbergian feel, that reaches back to Cronenberg's early experimental short films Stereo (1969) and Crimes of the Future (1970).

The film's powerfully moving finale is, for my money, the single greatest sequence in Rollin's entire body of work. - Tim Lucas